Chicago MC follows up his April EP They Call Me Disco 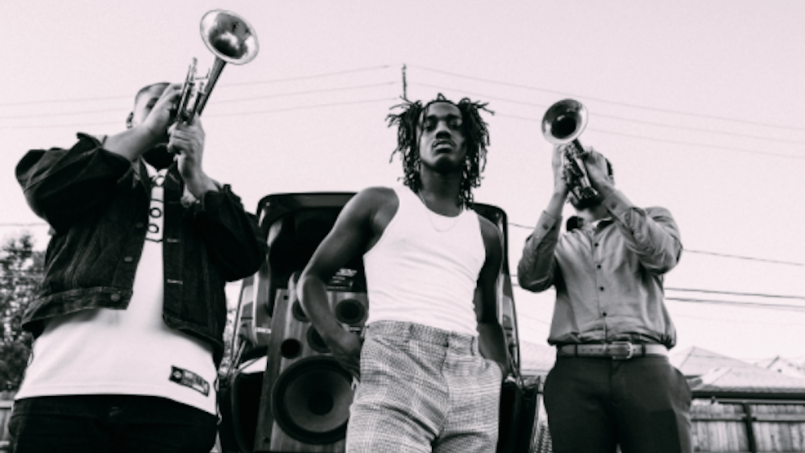 The summery track is built around bouncing brass horns  and a kick drum like a heartbeat. Wilson sings his way through the chorus, and when it comes time for the verses he busts out a laid-back, stutter-step flow. Lyrically, his thoughts veer from the philosophical (“Summer come I hope they stop the shooting/ Open schools, we might stop the looting”)  to the pure fun (“Pop the trunk let’s show ’em what we bumpin’/ “1979” by Smashing Pumpkins.”)

In a statement, he explained how the song came together, writing,

“I wrote this song two years ago and shot this video one year ago. When I heard this beat my cousin made, it reminded me of seeing Grand Prix on southside blocks as a shorty and hearing the loud music coming from sound systems. Just like those boomin trunks, we are rebellious, we are loud, and we don’t need to be understood.”

“Trunk Music” comes with a music video directed by A Solo Vision videography and Mauricio Reyes. It shows Wilson strutting the streets of Chicago with his brass band marching behind him, and you can check it out below.

Last April, Wilson teamed up with the producer Terrace Martin on the collaborative EP They Call Me Disco. In July, he released the standalone single “Fight Like Ida B & Marsha P”.