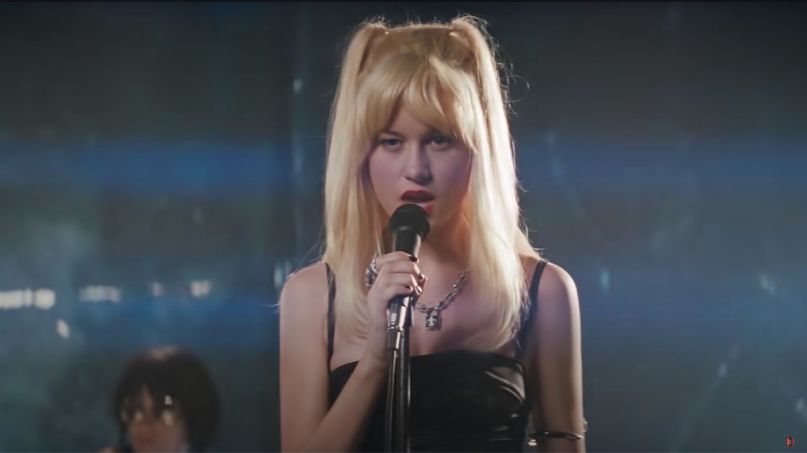 Brie Larson in Scott Pilgrim vs. the World

Edgar Wright’s geeky action-comedy romance Scott Pilgrim vs. the World turned 10 this year, and part of the anniversary celebrations include a reissue of the movie’s soundtrack and the first-ever physical release of Nigel Godrich’s score. ABKCO has now set a release date of March 26th, 2021 for the anniversary release.

Say hello to the official Seven Evil Exes Edition, an expanded, limited-edition, 4xLP picture disc box set featuring the soundtrack and score to Scott Pilgrim vs. the World. The OST, which is literally one of the greatest movie soundtracks of all time, will include 24-minutes’ worth of unreleased music from Beck, Sex Bob-Omb, and the movie-only version of Metric’s “Black Sheep” as sung by Brie Larson — a fan-favorite that’s never been available in a physical format until now.

Each side of each LP features an image of one of the “seven evil exes” Pilgrim must battle in the film, and one has a photo of Pilgrim with Ramona Flowers. Additionally, the Seven Evil Exes Edition box set comes with “notes and musings” from both Wright and Godrich, a double-sided film poster, and an exclusive coloring page with artwork by Bryan Lee O’Malley, the creator behind the original graphic novels that inspired the film. The box set costs a whopping $149 and is currently available for pre-order. Check out an unboxing video below.

Of course, this special release will also include Godrich’s score, marking the first time ever that his score will get a vinyl release. To honor the occasion, ABKCO has made Godrich’s score available separately on a blue vinyl 2xLP set as well. It costs $39 and drops on March 26th via ABKCO’s website.

Earlier this year, the cast of Scott Pilgrim vs. the World reunited for a virtual table read and the movie’s beloved spinoff video game got a re-release date. We also sat down with Wright, Godrich, and music supervisor Kathy Nelson for an exclusive oral history of the soundtrack about working with real-life bands, recording the bass battle, and every behind-the-scenes detail you could imagine. You can revisit that interview right here.