Just two days into shooting, the two stars were injured attempting a stunt 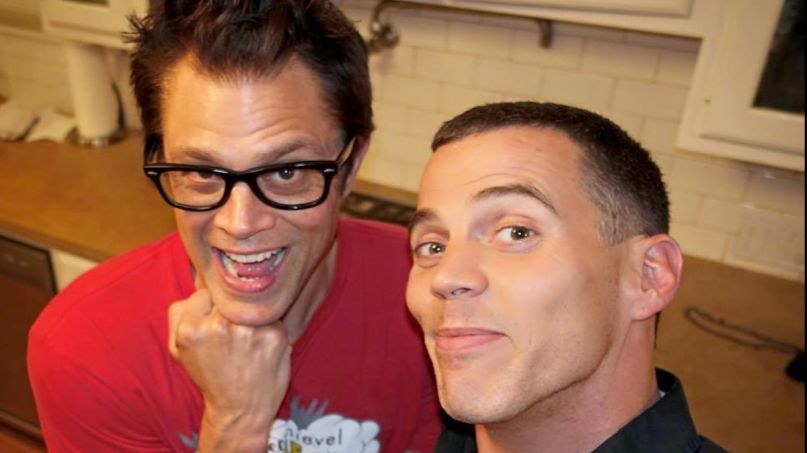 It’s a miracle that Jackass stars Steve-O and Johnny Knoxville are still alive after all the intense pranks, physical stunts, and bodily risks they’ve attempted over the years. Apparently that didn’t stop them from pushing the limits once again for Jackass 4, though, because both actors have been hospitalized after a treadmill stunt gone wrong.

As previously reported, Knoxville and the gang have been working on a new sequel for their beloved MTV stunt-prank show-turned-movie franchise. Excluding 2013’s spinoff Jackass Presents: Bad Grandpa, this is the first project from the group since beloved cast member Ryan Dunn died in a tragic car accident in 2011. Because of adulthood responsibilities, and because their bodies can only take so much as they age, it’s likely the Jackass crew plans to leave everything on the table with Jackass 4.

Cue their latest over-the-top stunt and its painful ramifications. According to a video posted by Bam Margera to his website, the Jackass 4 crew were only two days into shooting when Steve-O and Knoxville injured themselves more than anticipated. The duo were trying to jump onto a moving treadmill while carrying musical instruments, but things didn’t go as smoothly as they hoped for.

“Second day of filming Jackass and already Steve-O and Knoxville are hospitalized by jumping on a full-speed treadmill with band equipment, like a fucking tuba,” laughs Margera in the clip. “So I’m here at the clinic now taking a piss test. Rock and roll. Oh yeah, I’ve got some scars, too.” He then holds up his hand to the camera, revealing two bloody streaks on his fist.

Editor’s Note: Check out our new line of CBD, Earthy Now, available now at the Consequence Shop. Available in a wide-range of products, including flower, smokes, oils, and gummies, CBD is nonpsychoactive way to get relief for mental and physical pain.