"Truth to Power" will focus on the singer's activism 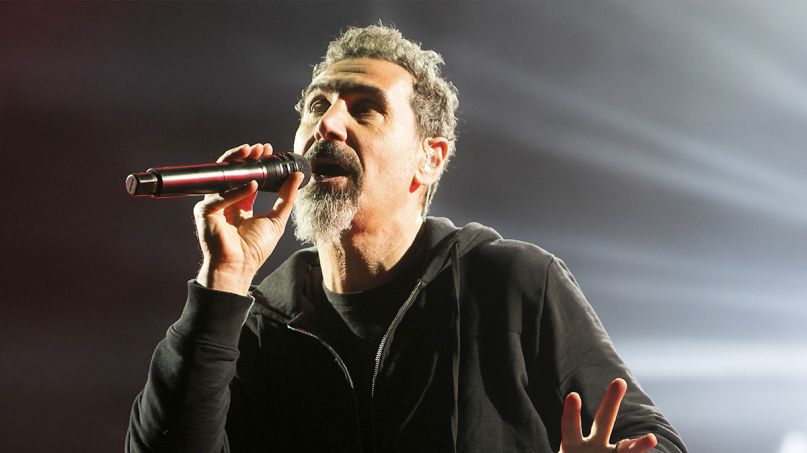 System of a Down's Serj Tankian, photo by Raymond Ahner

A new documentary about System of a Down singer Serj Tankian is coming February 19th via Oscilloscope Laboratories and Live Nation. Titled Truth to Power, the film will center around Tankian’s long history of activism and his role in the 2018 Armenian Revolution.

The film uses Tankian’s own footage along with interviews with his SOAD bandmates, as well as Rick Rubin, Rage Against the Machine’s Tom Morello, and more. Tankian himself scored the documentary.

“[It’s] looking through my eyes at how message becomes reality through the arts,” Tankian said of Truth to Power in a 2018 interview with Rolling Stone. “Instead of focusing on me as an artist, it asks, how does one’s message come to fruition? Can music change the world?”

Truth to Power was directed by Garin Hovannisian, who previously made films about the Armenian Revolution (I Am Not Alone) and the Armenian Genocide (1915), the latter scored by Tankian. Executive producer Joe Berlinger is best known for directing Paradise Lost, about the West Memphis Three, and the revealing Metallica doc Some Kind of Monster.

“With Oscilloscope and Live Nation at our back, the music and message of our film can now touch the hearts and minds of audiences across the world, inspiring all of us to speak — and bring — truth to power,” Hovannisian said in a statement.

Added Oscilloscope President Dan Berger: “At a time when it’s needed more than ever, we couldn’t be more thrilled to be able to both speak and partner on Truth to Power. Garin’s film is a timely testament to Serj and System of a Down’s tireless work, talent, and the values they hold — values that can and will make our world a better place.”

Even as a documentary about Tankian’s activism is set for release, the singer and his band continue to raise awareness for the crisis in Artsakh, an Armenian-adjacent state that was recently under siege by Azerbaijan and Turkey. System of a Down recently released their first new songs in 15 years, with the proceeds helping to raise at least raise at least $600,000 to aid the region.

For more information on Truth to Power, visit the official website for the film. Watch a brief teaser of the doc below.