The Green Mile Brought Stephen King Back to the Oscars 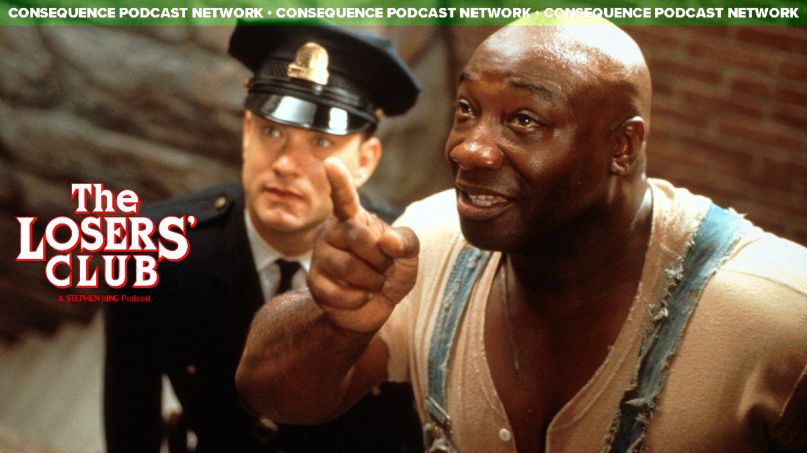 The Losers' Club - The Green Mile

It’s movie night at Georgia Pines and the Losers are invited. Together, they grab a seat and watch a matinee presentation of Frank Darabont’s 1999 Oscar-nominated epic The Green Mile starring the one and only Thomas Hanks.

Join Losers Michael Roffman, Aiysha Gatson, Dan Pfleegor, and Randall Colburn as they discuss Darabont’s love for King, the differences from page to screen, and why Hanks makes Paul Edgecomb an all-too-easy protagonist.

They’ll also discuss the brilliant castings of Sam Rockwell and Doug Hutchison, the ’90s Planet Hollywood-era, how the Mile brought King back to the Oscars, and Hollywood’s problematic relationship with the Magical Negro trope.

This episode is sponsored by CBS All Access’ The Stand, premiering Thursday, December 17th. Head here for a free week-long trial of CBS All Access courtesy of The Losers’ Club and Consequence of Sound.