In leaked audio, the Mission: Impossible 7 actor can be heard threatening to fire two crew members 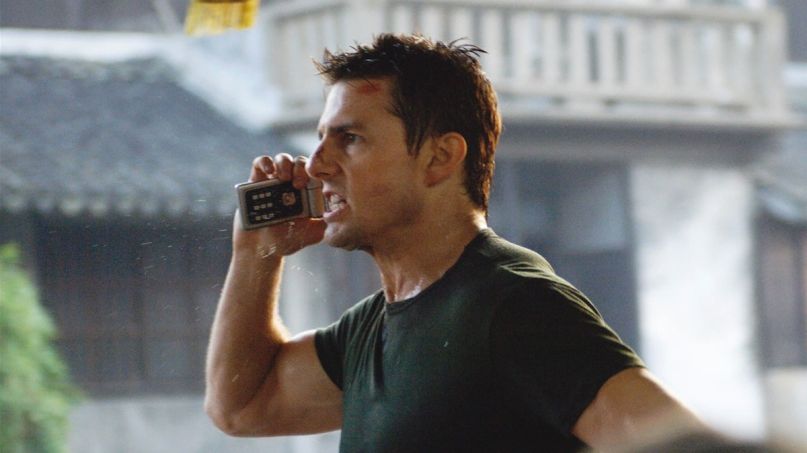 Tom Cruise has had several infamous breakdowns over the years where he’s yelled at the people around him. Surprisingly, his latest rant was not only justified, but completely necessary. Nearly 50 crew members watched as the Mission: Impossible 7 star went off on two co-workers after he noticed they weren’t following COVID-19 safety protocols.

In audio obtained by The Sun, Cruise can be heard threatening to fire two crew members after spotting them standing less than three feet apart by a computer. “If I see you do it again, you’re fucking gone,” he screamed. “And if anyone on this crew does it, that’s it — and you too and you too. And you, don’t you ever fucking do it again. That’s it!”

Following the CDC guidelines during the ongoing coronavirus pandemic is essential to slow the spread of COVID-19. Cruise knows that, but it’s not the only reason he was fed up with crew members getting too close to one another during the film shoot. Mission: Impossible 7 was one of the first blockbusters allowed to resume shooting in order to jumpstart the economy, and he’s worried about the ripple effect of the film potentially getting shut down due to safety concerns.

“We are the gold standard. They’re back there in Hollywood making movies right now because of us. Because they believe in us and what we’re doing,” he yelled, continuing,

“I’m on the phone with every fucking studio at night, insurance companies, producers, and they’re looking at us and using us to make their movies. We are creating thousands of jobs, you motherfuckers. I don’t ever want to see it again. Ever! No apologies. You can tell it to the people that are losing their fucking homes because our industry is shut down. It’s not going to put food on their table or pay for their college education. That’s what I sleep with every night: the future of the fucking industry.”

Cruise ended his nearly three-minute-long rant by highlighting his powers as the film’s producer and employing a strict enforcement of COVID-19 protocols. “I’m sorry I am beyond your apologies,” he said. “I have told you and now I want it. And if you don’t do it, you’re out. We are not shutting this fucking movie down!”

For several months now, Mission: Impossible 7 has been filming across Europe in locations like Italy, Norway, and London. It’s a massive undertaking during a global pandemic, as was made clear when reports of COVID-19 issues during the Italy leg of the shoot reportedly shut down production for several days. Pulling off a blockbuster of this ilk is an impossible mission in itself. No wonder the seventh chapter and sequel to 2018’s Fallout was delayed to a fall 2021 release date.

Previous Story
Hulu Is Making a TV Show About Tommy Lee and Pamela Anderson
Next Story
Lady A Releases New Song “My Name Is All I Got” in Response to Lady A: Stream
Popular
More Stories
[fu-upload-form form_layout="media" title="Submit Your Photo"][input type="hidden" name="ugc" value="1"][/fu-upload-form]