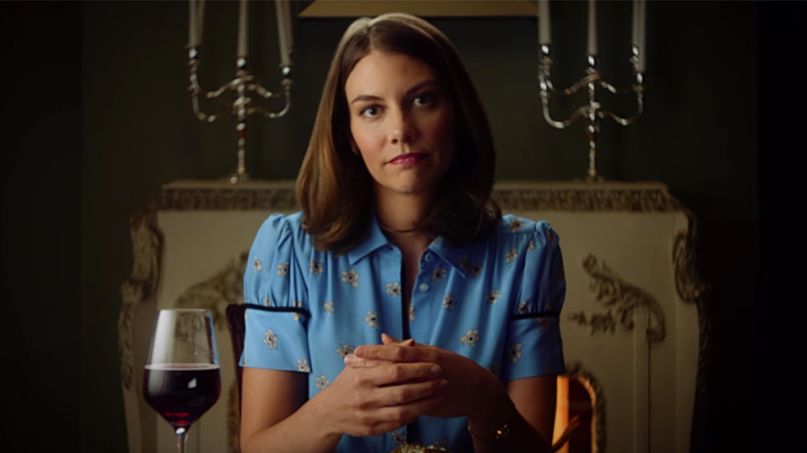 Tom Petty’s estate has released a new music video for “Something Could Happen”. It’s directed by Warren Fu (The Strokes, Daft Punk) and stars The Walking Dead’s Lauren Cohan.

“Something Could Happen” appears on Wildflowers & All the Rest, Petty’s new double album reissue of his 1994 record Wildflowers. When finding inspiration for the track’s music video, Fu fell hard for “Into the Great Wide Open”, off Petty’s 1991 album of the same name, and decided to create a modern spinoff on its imaginative, out-of-left-field video.

“In looking back on Tom’s old music videos, it was obvious that he had a lot of fun with them and was not afraid to get a bit weird,” said Fu in a statement. “I wanted to create another modern fairytale in the spirit of Tom’s music video for ‘Into the Great Wide Open’. In our story, we have a character that is an incarnation of memories reassembled into a living creature, trying to make its way back home. I think the message I was trying to convey is that all our experiences, the good the bad, the beautiful, and the painful make us who we are, and we should embrace them. Tom never compromised his artistic integrity and always stayed true to who he was, so I feel like our message in this video is in line with his spirit.”

Fu intentionally opens the video with pages from a storybook, where we learn that Cohan has vowed to never have her heart broken again and decided to move to a new home far away. We then see Cohan declutter her house in an effort to revive her space and herself, tossing out almost everything that’s old, including a giant heart-shaped gem. When she starts going on dates again, Cohan can’t seem to find anyone that’s a good fit — that is until a special someone shows up that’s truly one of a kind.

Watch the video for “Something Could Happen” below. It received its initial premiere during a special one-hour livestream celebrating Petty’s past music videos.

Last month, Sheryl Crow covered Petty’s classic “You Don’t Know How It Feels” on Fallon to help promote the new Wildflowers reissue. Before that, a bunch of his other friends — including Stevie Nicks, Foo Fighters, Adam Sandler, Eddie Vedder, Beck, and Margo Price — joined together to celebrate the music legend with a huge 70th birthday bash.