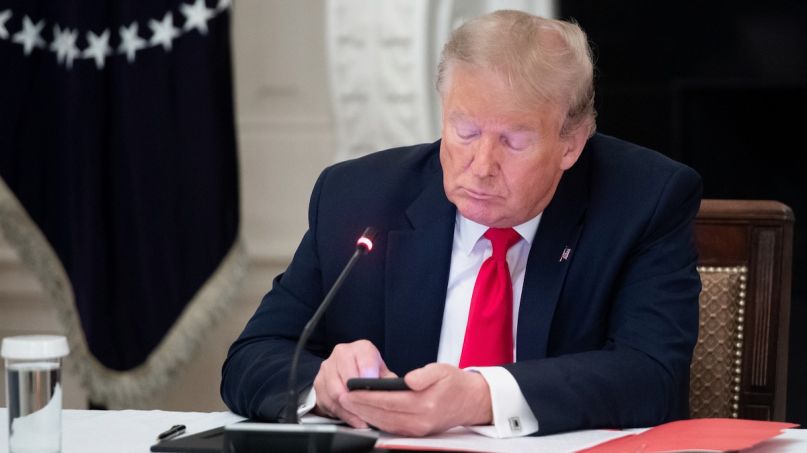 Back in October, a man named Victor Gevers claimed he logged into Donald Trump’s Twitter account by correctly guessing his password to be “maga2020!”. When the news blew up, both the White House and Twitter denied that the President was hacked. But today, Dutch prosecutors who looked into the case have confirmed that it did actually happen. Unfortunately, that means Trump really did choose a password that comically — and scarily! — easy to guess.

Earlier this fall, Gevers shared screenshots proving that he broke into Trump’s Twitter account on October 16th. According to the Guardian, the Netherlands promptly instructed Team High-tech Crime, their police specialist cyber unit, to determine whether or not Gevers’s claims were true — and the results were shared this afternoon. “We believe the hacker has actually penetrated Trump’s Twitter account,” said the Netherlands public prosecutor’s office, “but [he] has met the criteria that have been developed in case law to go free as an ethical hacker.”

The public prosecutor’s office added that while hacking is a criminal offense in the Netherlands, Gevers decision to employ “responsible disclosure” fell under the “special circumstances” that could prevent prosecutors from taking action against him. In other words, Gevers decision to disclose the hack to US authorities and urge the President to strengthen his social media privacy — namely by using basic security measures, like two-step verification — absolved him of any punishment.

Oh but wait, there’s more! This wasn’t the first time Gevers got into Trump’s account. Back in 2016, he allegedly guessed Trump’s password was “yourefired” and was once again granted access to his Twitter. Trump is lucky — for a guy who keeps cracking the very obvious codes that belong to one of the most powerful men in the world, Gevers sure takes the noble route by refusing to post memes, type something blasphemous, or save the future of our planet by rejoining the Paris Climate Agreement.

Despite using the social media platform incessantly each day, it sure seems like Trump and Twitter don’t get along. Last year, he scheduled a meeting with Jack Dorsey, the CEO of Twitter, to complain about losing followers. Now, Twitter has started flagging Trump’s posts that glorify violence and attaching warning labels to his tweets that spread misinformation about COVID-19.