The star-studded mockumentary lands on Netflix on December 27th 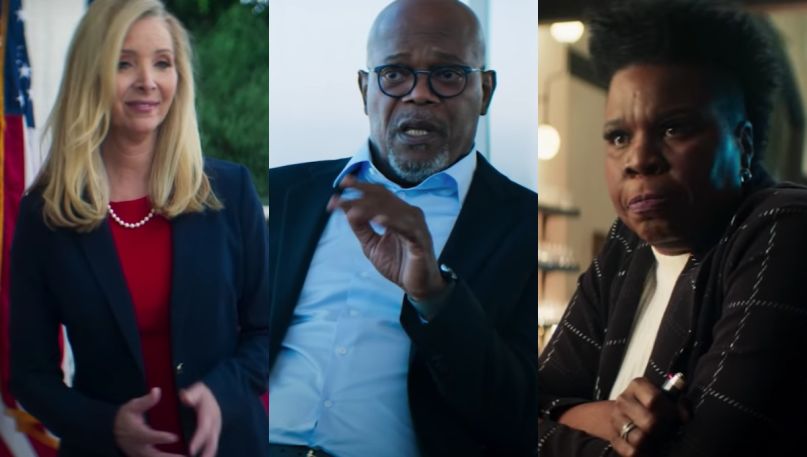 We’re still two weeks away from January, but the folks behind Black Mirror just couldn’t wait to bury this nightmarish year. Creators Charlie Brooker and Annabel Jones are at the helm of “Death to 2020”, a new star-studded Netflix comedy special that takes stock of the last 12 months through a mockumentary lens. Following a cryptic teaser in early December, the first full trailer has been revealed today.

Samuel L. Jackson, Hugh Grant, Lisa Kudrow, and Leslie Jones all appear in the new project, as do Joe Keery, Kumail Nanjiani, Tracey Ulman, Cristin Milioti, and Diane Morgan. As The Wrap details, each actor plays “versions of people who have become the stars of 2020.”

There’s the jaded journalist (Jackson), the expert academic (Grant), and the capitalist CEO (Nanjiani), as well as the exhausted doctor (Jones), political spokesperson (Kudrow), and internet-loving millennial (Keery). If you’ve tuned into the news cycle for even just an hour sometime in the last couple of months, you’re bound to know these characters well.

An official synopsis from Netflix reads,

“2020: A year so [insert adjective of choice here], even the creators of Black Mirror couldn’t make it up… but that doesn’t mean they don’t have a little something to add. Death to 2020 is a comedy event that tells the story of the dreadful year that was — and perhaps still is? This landmark documentary-style special weaves together a chorus of narration from some of the world’s most (fictitious) renowned voices with real-life archival footage spanning the past 12 months.”

If you’re ready to flip off and bid farewell to 2020, watch the first trailer below. “Death to 2020” streams on Netflix beginning December 27th.

In December 2018, the Black Mirror standalone special Bandersnatch was released; it was formatted as a “choose your own adventure”-type of experience. The most recent season of Black Mirror, season 5, aired the following spring.