Frances McDormand Discovers the West, and Herself, in Gorgeous First Trailer for Nomadland: Watch

In the Chloé Zhao-directed film, McDormand plays a jobless woman who explores the West while living out of her van 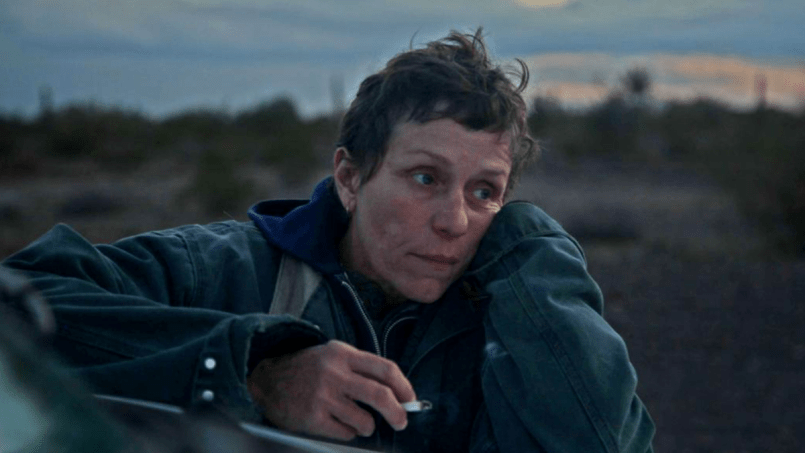 Nomadland stars Oscar-winning actress Frances McDormand as a jobless woman traveling across the West while living out of her van. Following its stunning premiere at the Venice Film Festival this past September, the Chloé Zhao-directed film is now scheduled to open in theaters February 19th through Searchlight Pictures. Ahead of that date, its first trailer has arrived today.

In the clip, McDormand brings to life the complex yet beautiful journey of Fern, a 60-something woman who lost everything in the Great Recession. In search of a job, and to a larger extent, purpose, Fern proceeds to spend the next 12 months exploring the West in her van.

Throughout her trek, “Fern comes across a multitude of communities: some who accept her as she is, others who try to pin her down and keep her stationary,” Consequence of Sound contributor Joe Lipsett wrote in a glowing review of Nomadland. “These series of experiences offer a character study of a head-strong, mature woman working through her grief and searching for herself.” And in case Fern’s tale of self-discovery weren’t enough, the various landscapes captured on film by Zhao are also exceptionally gorgeous.

Watch the trailer down below. Head here to read Lipsett’s full review.

Nomadland, which also features David Strathairn and Peter Spears, is based on a 2017 non-fiction novel of the same name by Jessica Bruder. Since its debut at the Venice Film Festival, the movie has picked up a number of trophies — such as at the Gold Lion Awards and Boston Society of Film Critics Awards — leading many to believe that both Nomadland and McDormand will be major Oscar contenders. The 63-year-old McDormand already has two Best Actress awards under her belt for Fargo (1996) and Three Billboards Outside Ebbing, Missouri (2017).