Unifying collaboration was part of the Peace Through Music: A Global Event For Social Justice livestream 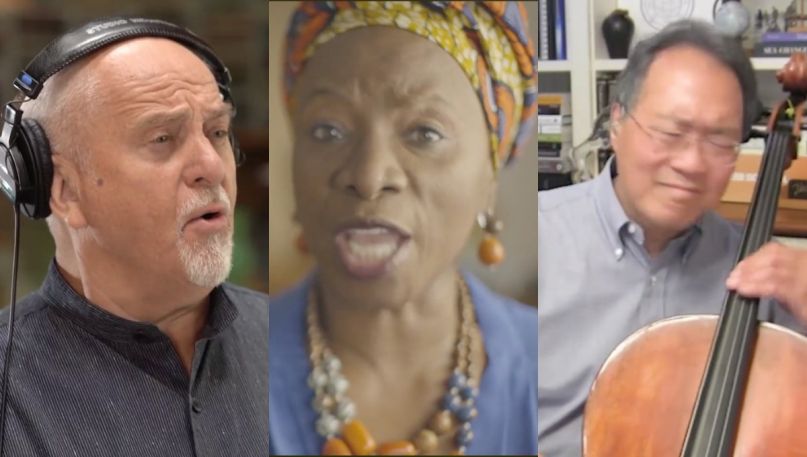 A star-studded livestream called “Peace Through Music: A Global Event For Social Justice” was held on Tuesday to honor the 75th anniversary of the United Nations. Among the highlights of the two-hour event was Peter Gabriel, who performed his song “Biko” alongside Angélique Kidjo and Yo-Yo Ma.

According to a statement, the livestream served as a “call for equality, human rights, and an end to discrimination, spotlighting people of African descent and championing the full protection and promotion of human rights for all.” Gabriel certainly rose to the occasion by choosing to play “Biko”, an anti-apartheid protest song which he originally released in 1980. The track was inspired by and named after anti-apartheid activist Steve Biko, who died while in police custody in September 1977.

In addition to the single’s subject matter, the visual performance itself evoked a sense of unity and the power that comes with it. Each musician broadcast from a different location, sure — Gabriel in the UK, Kidjo in France, and Ma in Massachusetts — but their collaboration felt whole and inspiring, no doubt bound together by their passion.

Replay the full livestream over on Facebook right now (the video will hit YouTube on December 10th). Gabriel’s “Biko” performance starts at the 1:09:00 mark.