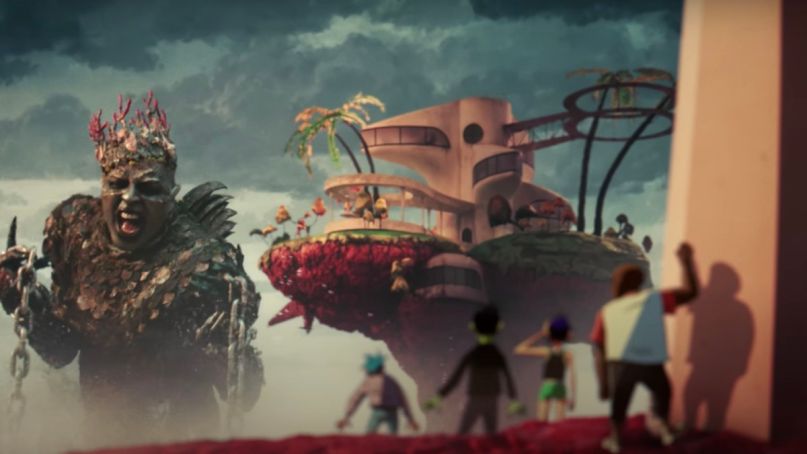 Gorillaz's video for "The Last Chord"

Few artists have made better use of 2020 than Gorillaz have. The virtual band released an album and an almanac, performed special livestream sets, dropped vinyl figurines, and visualized their Song Machine series with nine “episodes” (read: music videos). Today, they’re putting a bow on their busy year by sharing Song Machine’s season 1 finale: a music video — err, episode — for their song “The Lost Chord” featuring Leee John.

For this one, the gang — 2D, Murdoc, Noodle, and Russel — return to Plastic Beach, the setting of their 2010 album. Unfortunately, their visit is short-lived, as a sea monster portrayed by Leee John emerges from the depths of the ocean and destroys Gorillaz’s former seaside home. Take in Jamie Hewlett’s full visual experience below.

Perceptive fans might have been able to guess that the song, which was part of October’s Song Machine: Season 1 — Strange Timez album, was referencing the artificial seaside. “At this time of year, I’m always in need of/ Of silent waves (silent waves)/ The pulse on your face,” sings 2D during the verse.

This might not be the last time that Gorillaz fans will get to take a dip in the Plastic Beach. Earlier this year, Damon Albarn revealed that he’s considering making a sequel to that beloved project, and he also announced that a Song Machine feature film is in the works. In the meantime, find out where the Strange Timez song Aries” ranks on our Top 50 Songs of 2020 list.