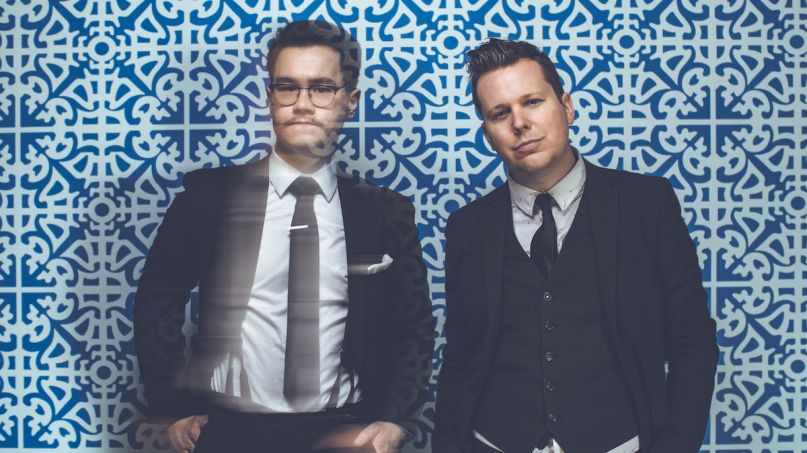 Former Norma Jean and The Chariot singer Josh Scogin has announced a new album from his current project ’68. It’s called Give One Take One and due out on March 26th via Cooking Vinyl. He’s has also shared the music video for the lead single, “The Knife, The Knife, The Knife”.

Scogin himself created the video for the heavy single, which leans more toward garage rock as opposed to the metalcore and hardcore punk of his previous bands. Hints of blues fuse with a noisy post-hardcore edge, resulting in a massive wall of sound — impressive considering ’68 are only two individuals: Scogin and drummer Nikko Yamada.

“Of all the music I’ve created over the years, this album holds some of my very favorite moments, lyrically, musically, and even mentally; I travel down several roads that are equal parts therapeutic to get off my chest and terrifying to share with the world,” Scogin said of the new record in a press statement. “I believe you can feel the tangible joy that music gives each of us in this album; [producer] Nick [Raskulinecz] captured the explosive and implosive nature that keeps ’68 moving forward. You can hear the passion and the sincerity that Nick, Nikko, and I have for the art of creating sounds.”

Scogin formed the band with drummer Michael McClellan in 2013, following the two-member format of Death From Above 1979, Japandroids, and The White Stripes. Scogin and McClellan recorded 2014’s In Humor and Sadness before Yamada took over drumming duties for 2017’s Two Parts Viper.

Last year, ’68 dropped the the four-song Love Is Ain’t Dead. EP, also produced by Raskulinecz (Foo Fighters), as a prelude to the new album.

Added Scogin, “I’m so proud of this album and humbled by the journey that it took to get here. And if I’m honest, the vast majority of my thoughts are circled around the hope that we will be able to perform these songs live one day soon.”

Give One Take One Artwork: