While the video looks pretty straightforward, it was a challenge to put together 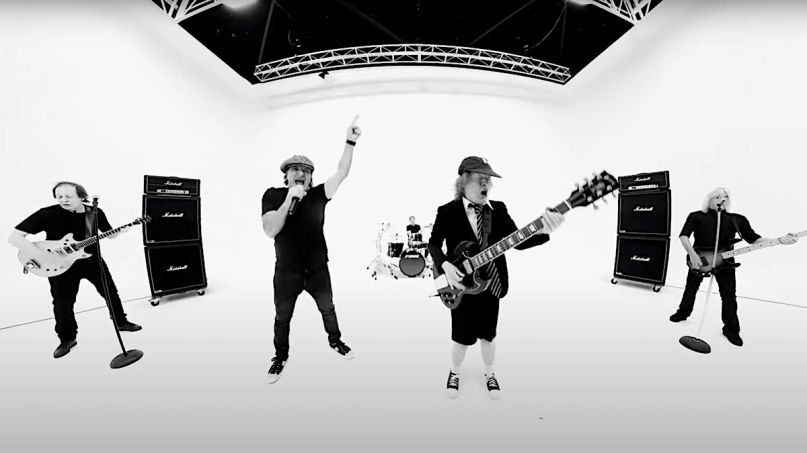 AC/DC have unveiled a music video for the song “Realize”, a recent single from the legendary rock band’s new album, Power Up.

“Realize” was unleashed as a single two months ago, just a couple days before the November 13th release of Power Up. It’s the third song from the chart-topping LP to get a music video, following “Shot in the Dark” and “Demon Fire”.

The black & white video for “Realize” features the reunited classic lineup of Angus Young, Brian Johnson, Phil Rudd, and Cliff Williams, along with rhythm guitarist Stevie Young (who replaced the late Malcolm Young), as they perform the track against a stark white background with a wall of Marshall amps.

While the video looks fairly straightforward, it was a complicated process. The band members were each in a different location, with directors Clemens Habicht and Josh Cheuse piecing together their individual performances to appear as one cohesive visual.

Power Up has been a whopping success for AC/DC in the two months since its release. It debuted at No. 1 on the Billboard 200 in the United States, and topped numerous charts worldwide. It also represents a triumphant comeback for the Rock & Roll Hall of Fame act, as it marks the return of Johnson, Rudd, and Williams, who were all out of the band for various reasons when their last tour ended in 2016.

Watch the music video for “Realize” below, and pick up copy of Power Up on vinyl and other formats here.