Adrianne Lenker Performs “anything” Live from the Desert on Colbert: Watch 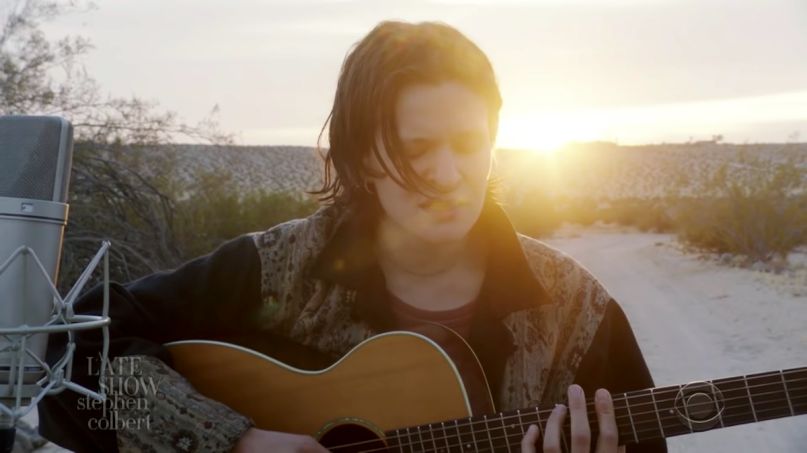 Adrianne Lenker of Big Thief stopped by A Late Show with Stephen Colbert on Tuesday night to perform her track “anything” live from a scenic dessert. The setting and choice of song were both lush on their own, and when combined they made for an utterly meditative viewing. Watch a replay of the set below.

This Colbert performance was a welcome change of pace for Lenker, who has mostly filmed herself playing songs live indoors — including a tender Tiny Desk (Home) Concert for NPR — during quarantine. Though these days, any livestream is better than no livestream, so we’re certainly not complaining.

There’s lots of good Lenker songs to curl up to these days. In lieu of touring last year, she holed up in a one-room cabin in the mountains of western Massachusetts and used entirely analog equipment to record new music. Although she started with no proper goal in mind, the resulting material Lenker created on that trip allowed her to drop two (!) new solo albums, songs and instrumentals, on the same day last fall.

Meanwhile, Big Thief shared a demos EP last year that features unreleased tracks from the sessions that led to their pair of 2019 LPs, U.F.O.F. and Two Hands. They also dropped a leftover single from those recordings called “Love in Mine”.