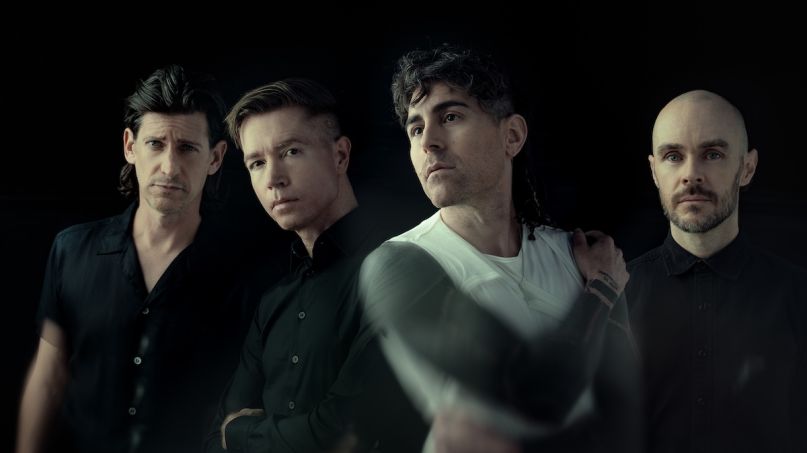 AFI have unleashed two new songs — “Twisted Tongues” and “Escape From Los Angeles” — ahead of a new album planned for 2021. Both tracks can be heard in the visualizers below.

The two new songs mark the veteran California rock act’s first new music since they dropped the five song EP The Missing Man in December 2018. When a new LP arrives, it will be the band’s first since 2017’s AFI (The Blood Album).

“As I recall, ‘Twisted Tongues’ came of the Blood era and was the first piece of music we explored on the new album,” Havok explained of “Twisted Tongues” in a press release. “The dreaminess of the music lyrically inspired themes of unforeseen severance. It is a pining song of being set adrift by those who once feigned to share the same anchors.”

Guitarist Jade Puget added, “Anyone who knows our catalog knows that no two records really sit together. Some sit a little closer, maybe. We do certain things, just by virtue of who we are, that are consistent, but those things come about organically.”

AFI are approaching 30 years as a band, having formed as a hardcore act in late 1991 when Havok was still in high school. Embracing more of a heavy alt-rock sound in the early 2000s, they broke through commercially with 2003’s Sing the Sorrow and and 2006’s Decemberunderground, yielding radio hits like “Girls Not Grey”, “Silver and Cold”, “Miss Murder”, and “Love Like Winter”.

No details have been made available regarding the band’s upcoming 11th album, other than news on the LP will be “announced soon.” Last year, Havok and Puget released the latest album from their synth project Blaqk Audio.

Listen to AFI’s new songs “Twisted Tongues” and “Escape From Los Angeles” below, and download them here. The tracks are also available for pre-order as a 7-inch vinyl release, set to arrive on March 19th.