Ariel Pink Dropped From His Label After Attending Capitol Riots 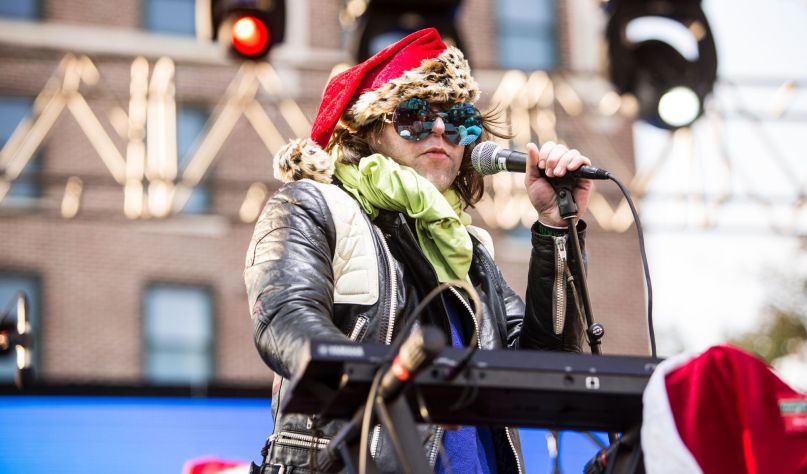 Of the countless upsetting aspects of the pro-Trump insurrection that stormed the US Capitol on Wednesday, the one that ricocheted into the indie music news cycle was the confirmed attendance of singer-songwriter Ariel Pink. The 42-year-old travelled to D.C. with fellow lo-fi pop artist John Maus to show their support for Trump’s baseless election fraud claims, and on Friday, Pink’s label Mexican Summer announced that they had dropped him from their roster.

“Due to recent events, Mexican Summer and its staff have decided to end our working relationship with Ariel Rosenberg AKA Ariel Pink moving forward,” the label tweeted on January 8th.

The Brooklyn imprint that’s home to Cate Le Bon, Drugdealer, and Jessica Pratt had released Pink’s latest full-length in 2017 and were in the midst of issuing an “Ariel Archives” series that was set to begin with three projects on January 29th. Given the concise wording of their tweet, it’s unclear whether Mexican Summer will move forward with those back-catalog releases but not release any new music, or if all scheduled projects will be scrapped entirely.

Pink has yet to publicly comment on the label news. On Wednesday, after a Twitter user posted an Instagram photo of Pink, Maus, and pro-incel documentarian Alex Lee Moyer boasting about the “great time” they had at the rally, Pink responded by confirming his support for Trump but denouncing the rioting: “i dont and never have advocated for violent confrontation or rioting. must be my boomer upbringing.”

Obviously, defending his attendance at an attempted coup while simultaneously condemning violence is a pathetic cop-out, and he quickly doubled down on his position by tweeting “vote for Trump”, sharing a YouTube video that critiqued Joe Biden’s racism from a pro-Trump perspective (disqualifying), and some sardonic mumbo jumbo about cancel culture.

It’s splitting hairs to make moral distinctions between attending a fascist coup and storming the Capitol during one, but Maus and Pink were outranked by Iced Earth guitarist Jon Schaffer, who literally did enter the Capitol and is now wanted by the FBI. Sucks to suck.