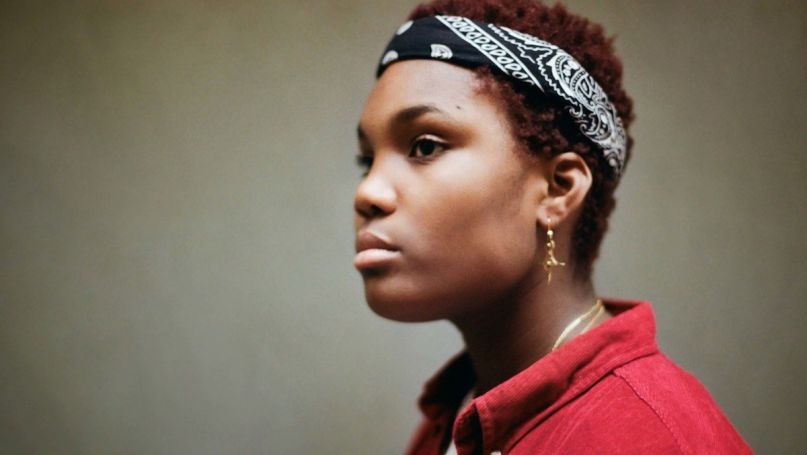 Arlo Parks, our Artist of the Month for January, has released her highly anticipated debut album. Stream Collapsed in Sunbeams below via Apple Music and Spotify. Additionally, she appeared on Jimmy Kimmel Live on Thursday night and performed “Hurt”.

On her first full-length, the 20-year-old bedroom pop prodigy blurs the lines between folk, R&B, and jazz as she poetically recounts stories from her past. But Parks’ intimate songs about mental health, self-love, and queer desire — see the devastating “Black Dog” and reflective “Caroline” —  are as much for her listeners as they are for herself.

“My album is a series of vignettes and intimate portraits surrounding my adolescence and the people that shaped it,” the British songwriter remarked in a statement. “It is rooted in storytelling and nostalgia — I want it to feel both universal and hyper specific.”

Collapsed in Sunbeams, which follows her 2019 EPs Super Sad Generation and Sophie, was co-written and co-produced by Los Angeles native Gianluca Buccellati. It was recorded in various Airbnbs because, as Parks told Consequence of Sound earlier this month, she preferred them and their “homely energy” over recording studios.

“I love having photos on the wall, having posters, crystals, candles, and all these little kind of artifacts around. When you’re in a studio, it’s very much … there’s nothing on the wall. There’s nothing that feels human.”

In our album review, writer Laura Dzubay described Collapsed in Sunbeams as “brimming with human experience, featuring an array of poetic vignette songs that find calming, cavernous expression through neo-soul and jazz.”

For more of Parks, read our Artist of the Month feature here, and revisit her recent cover of The xx’s “VCR”.