British actress Naomi Acki (The End of the F*cking World) will co-star in Season 3, which will film in London 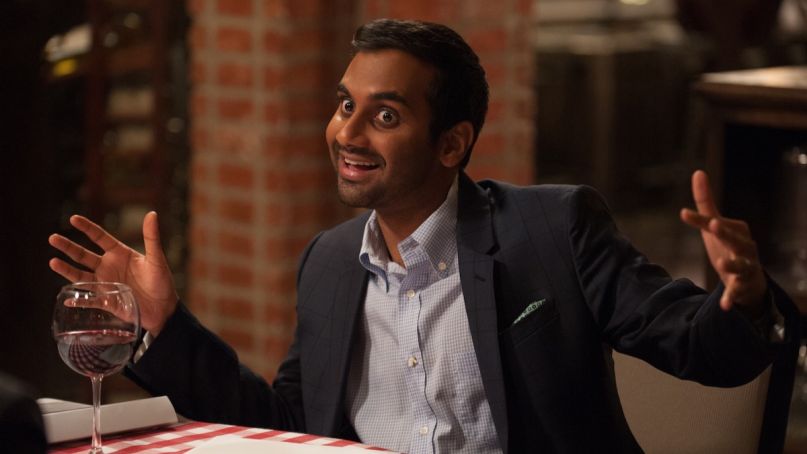 Aziz Ansari in Master of None (Netflix)

Aziz Ansari is reportedly reviving his award-winning series Master of None for a third season.

UK comedy site Chortle (via Collider) reports that filming will take place in London, where Ansari will be joined on set by British actress Naomi Ackie (The End of the F*cking World), who will presumably play his love interest.

Lena Waithe, who became the first Black woman to win an Emmy Award for Outstanding Writing for a Comedy Series thanks to her 2017 Master of None episode “Thanksgiving”, is also reportedly set to reprise her on-screen role as Denise.

According to Chortle, production actually began last spring, but was put on hold due to the pandemic.

Following the airing of the show’s second season in May 2017, Ansari said he was unsure if he’d return for a third season. “I’ve got to become a different guy before I write a third season, is my personal thought, I’ve got to get married or have a kid or something,” he told Vulture at the time. “I don’t have anything else to say about being a young guy being single in New York eating food around town all the time.

In early 2018, Ansari was accused of misconduct by a woman who anonymously published her story on the website babe.com. In it, the woman claimed Ansari was aggressive sexually and ignored “verbal and non-verbal cues to indicate how uncomfortable and distressed she was.” Ansari subsequently issued a public apology, saying, “It was true that everything did seem okay to me, so when I heard that it was not the case for her, I was surprised and concerned. I took her words to heart and responded privately after taking the time to process what she had said.” He later addressed the incident on stage, saying that he had felt upset, humiliated, and embarrassed, but “ultimately I just felt terrible this person felt this way.”

In 2019, Anzari relaunched his standup career with a Netflix special, and last year, he reunited with the cast of Parks and Recreation for a charity special.

We’ve reached out to Netflix for more information and will update this story if we hear back.