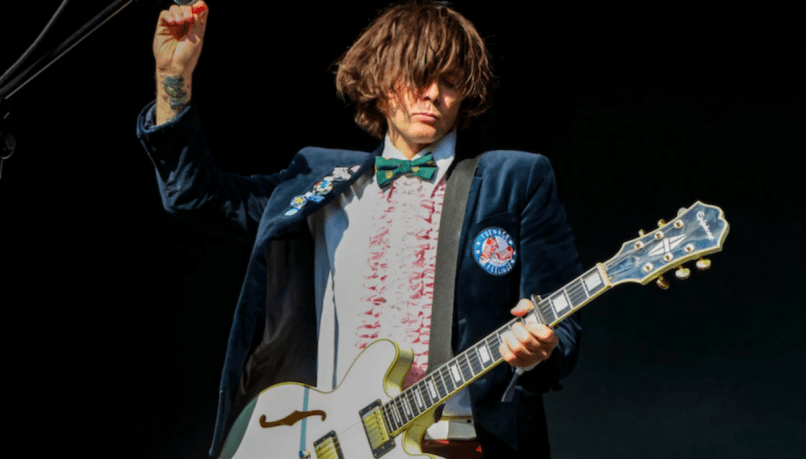 Last week, Beach Slang frontman James Alex was accused of years of abuse by former manager Charlie Lowe. Now, in a lengthy statement, Alex’s family has revealed that Alex has since been admitted into “an inpatient facility after attempting to take his life.” The note also says that Beach Slang have officially broken up.

On Tuesday, January 5th, Lowe tweeted, “I endured constant emotional, psychological & narcissistic abuse from James Alex for years.” She added, “I have learned he sells his too-kind-to-be-true persona to hide that he is truly the most selfish horrible person I will ever meet.” As a result of the alleged abuse, Lowe claimed she was diagnosed with C-PTSD (complex posttraumatic stress disorder).”

The statement from Alex’s family, shared this afternoon via Beach Slang’s social media, addressed those allegations, as well as offered a medical update on the frontman. “Yes he had moments of compulsiveness, emotional instability, and chaotic relationships, but none of his actions were intentional or meant to hurt or harm anyone,” it reads. “They were an unfortunate result of unimaginable childhood trauma, violent physical, sexual, and emotional abuse and years of untreated resultant severe mental health issues.”

“James was starting treatment before these allegations were made,” the statement continues, “and is now in an inpatient facility after attempting to take his life. He is getting the help he needs and will be on a true path to recovery.” Alex is currently being treated for “Bipolar Disorder, Paranoid Schizophrenia, and now Borderline Personality Disorder.”

According to the family, “Beach Slang is over,” and Alex “has no plans to return to music.” The statement adds, “He would just like the opportunity for forgiveness, compassion, and understanding, or if not, to be forgotten so everyone involved can move on with peace in their lives.”

Lowe subsequently responded to the family statement, writing on Twitter, “PSA past trauma isn’t a blank check to perpetuate more trauma.” She also called the statement “another manipulation tactic” that “contains no apology whatsoever, nor does it mention me at all, effectively silencing me as the victim & putting the spotlight right back on James for sympathy.”

Find the allegations, full statement, and more down below in chronological order. Beach Slang originally formed in Philadelphia in 2013, and have released a total of four albums, including The Deadbeat Bang of Heartbreak City from last year. Alex has also put out music under his Quiet Slang moniker.

If you are experiencing suicidal thoughts or know someone who is, call the National Suicide Prevention Lifeline at 1-800-273-TALK (8255).

You know what, I’m not done. Fuck him for punching holes through things because he was sick of me crying by his own hand. Fuck him for calling me an “ungrateful bitch” when I said I wanted to see my friends. For telling me I would have nothing without him.

I remember JA saying once that if any “stupid bitch” came out about him a la Me Too, he would just delete all social media & try to disappear from the public.
Good afternoon from THAT stupid bitch. pic.twitter.com/YnxPEy8SjG

Also that “statement” contains no apology whatsoever nor does it mention me at all, effectively silencing me as the victim & putting the spotlight right back on James for sympathy. It’s unreal how fucking gross this is & continues to be. https://t.co/fSkpuOZwo9