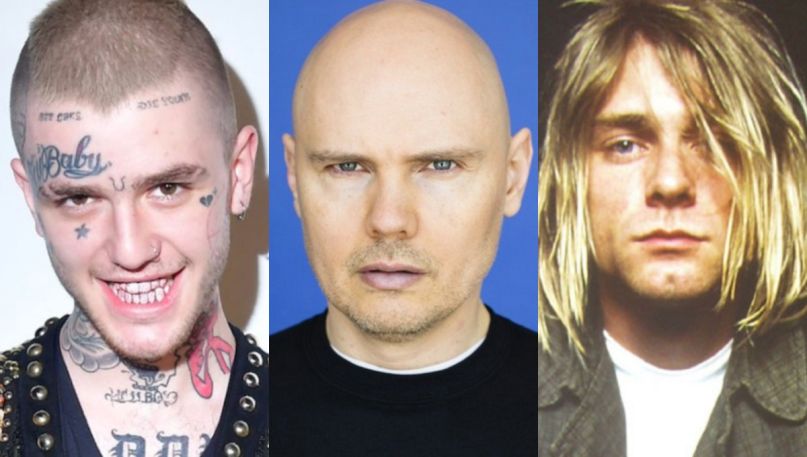 Although his career was short-lived, Lil Peep made a lasting impression on a whole generation of young hip-hop fans. His brand of emo rap also apparently profoundly impacted… 53-year-old Billy Corgan.

Since Lil Peep’s death in 2017, the Smashing Pumpkins frontman has compared him to some of the most iconic rock stars in music history. In 2018, Corgan likened the rapper’s music to that of early Metallica. Now, in a recent interview with Upset magazine, the Pumpkins leader has dubbed Lil Peep the Kurt Cobain of his generation.

The incredible revelation came during a discussion about CYR, the Smashing Pumpkins’ newly released double album, and how they’ve managed to stay relevant more three decades into their career:

“This album is the result of us trying to come into the modern world,” Corgan says but rather than just use Lil Peep inspired beats (an artist who he believes was “his generation’s Kurt Cobain”), the band wanted it to feel like their own trip.

There isn’t anything more in the interview beyond that throwaway line, but boy, does it speak volumes. The Nirvana rocker and Lil Peep don’t seem to share much on paper — or on record for that matter, as the young MC leaned more into emo and pop-punk than grunge. However, it’s likely Corgan compared the two for the same reason he saw a little bit of Metallica in Lil Peep: it all comes down to angst.

Describing Metallica in the late ’80s, Corgan said, “They unleashed this set of emotions in the suburban underground of this sort of angst of, like, where are we going? Like, what is the suburban dream that all of our parents were promised? It was empty.”

“I think Lil Peep, probably, of all the artists that I’ve heard recently tapped into that same angst and it’s so sad he passed away because he was just getting to the bigger part of his work, you know?” Corgan remarked in a 2018 episode of the BUILD series. “He somehow, when I heard Lil Peep I was like ‘That’s exactly that same vibe!’ It’s like I’m at the 7-Eleven and I have all these deep feelings and thoughts and the 7-Eleven is the epicenter of my universe. For a lot of people, that is their life.”

Find Corgan’s full interview over on Upset. Although they recently dropped CYR, the Pumpkins are planning a sequel to their iconic 1995 album Mellon Collie and the Infinite Sadness.

As for Lil Peep, his Hellboy mixtape was added to streaming services for the first time this past September.