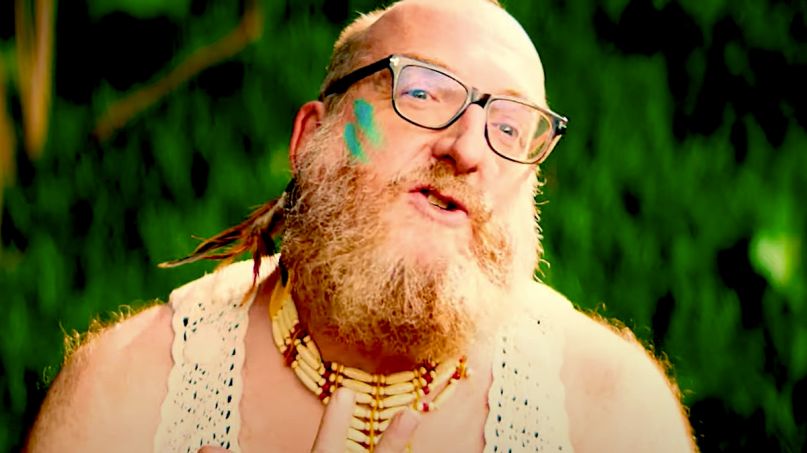 Comedian and metalhead Brian Posehn takes aim at a who’s who of pop music acts in his just-released video for “New Music Sucks”. Musically, he gets help from from Patrick Stump and Joe Trohman of Fall Out Boy, whom he also humorously trashes in the song. The clip also features cameos from Weird Al Yankovic and Patton Oswalt.

The track appears on Posehn’s 2020 album, Grandpa Metal, with Stump singing the hook and Trohman playing guitar. In the song, Posehn names a whole bunch of music stars, with lyrics like, “Katy Perry, Lady Gaga, Drake and even Macklemore/ Alan Thicke’s kid, One Direction, Mumford and the Shitty Sons/ Kesha, Biebs, Lorde, Miley, Even Bruno Mars/ I’m sure he’s super talented, but try telling that to my ears.”

He gets more vicious with Imagine Dragons, singing, “Imagine Dragons/ Imagine me stabbing your face.” And when he calls out “motherf**kin’ Fall Out Boy,” Trohman gives a surprised look to the camera.

The profanity-laced song starts out as a pop tune but then kicks into a metal number for the last couple minutes, with Posehn further ripping Halsey, The Chainsmokers, Cardi B, Ariana Grande, Kanye West, and DJ Khaled, among others. He’s especially mean to Ed Sheeran, declaring “he looks and sounds like a Garbage Pail Kid.”

Patton Oswalt can be seen with Posehn in burger and fries costumes, respectively, while Weird Al shows up randomly a couple times in the video.

We sat down with Posehn right before the pandemic, when his Grandpa Metal album was released. He talked about getting guests like Slipknot’s Corey Taylor, Anthrax’s Scott Ian, Testament’s Alex Skolnick, and more on the LP, while also detailing his love of heavy metal.

Check out Brian Posehn’s video for “New Music Sucks” below, followed by our video interview with the comedian. Pick up his Grandpa Metal album here.