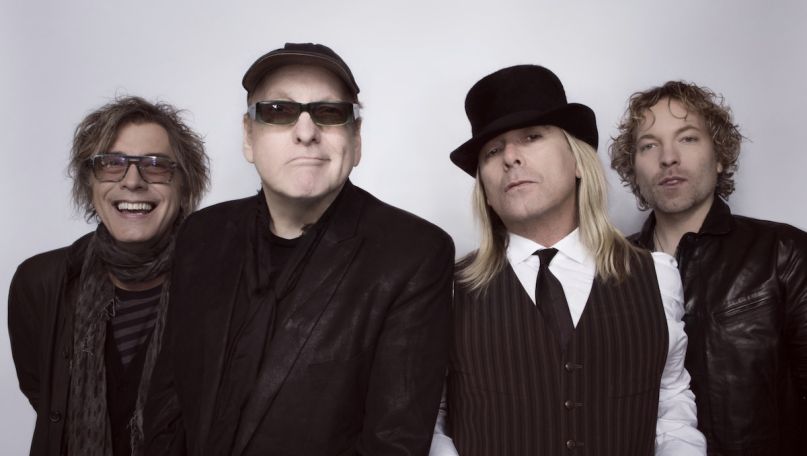 Rock legends Cheap Trick have announced their 20th (!) studio album. It’s called In Another World and expected to drop April 9th via BMG.

The upcoming effort follows up on the band’s pair of 2017 releases, We’re All Alright! and Christmas Christmas. It was produced by Julian Raymond, a longtime Cheap Trick associate whose other credits include Fleetwood Mac and Glen Campbell.

In Another World contains a total of 16 tracks. One of those is a cover of John Lennon’s “Gimme Some Truth”, which had been originally issued for Record Store Day Black Friday 2019.

In a statement about Cheap Trick’s successful decades-long career, lead vocalist Robin Zander said, “This band is held together by music. It’s the super glue that keeps us writing and putting records out.” The 68-year-old added, “The reason we started the band in the first place was to tour and write songs and put records out. If all that went away, there would be no point then, would there?”

As a preview of the new album, the Rock and Roll Hall of Famers have unboxed rousing lead single “Light Up the Fire”. Stream that down below, and then head here to pre-order In Another World.

In Another World Artwork: