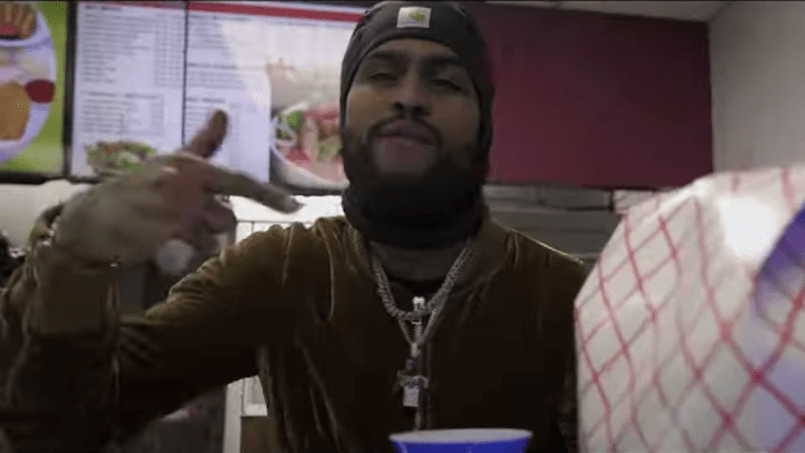 Dave East has elevated hustle to a religion. Since 2010 he’s dropped something like 16 mixtapes and albums, most recently 2020’s Karma 3. The veteran MC shows no signs of slowing down, opening 2021 with the new song “Mercedes Talk”.

The track was produced by AraabMuzik. His beat eschews internal movement, building tension out of the contrast between a high chime and rumbling bass. East works over the top with a laid back flow, mixing the personal (“I still don’t feel like I’m famous/ Had to move up out the projects just to feel like I made it,”) with punchlines (“Headshot turn your thoughts into liquor.”)

“Mercedes Talk” comes with a music video directed by WillC. It shows East on the street with his bros, outside a corner store, and behind the counter of a fast food joint. Oh, and there are plenty of shots of Mercedes Benz’s, lest you were worried about false advertising. Check out “Mercedes Talk” below.