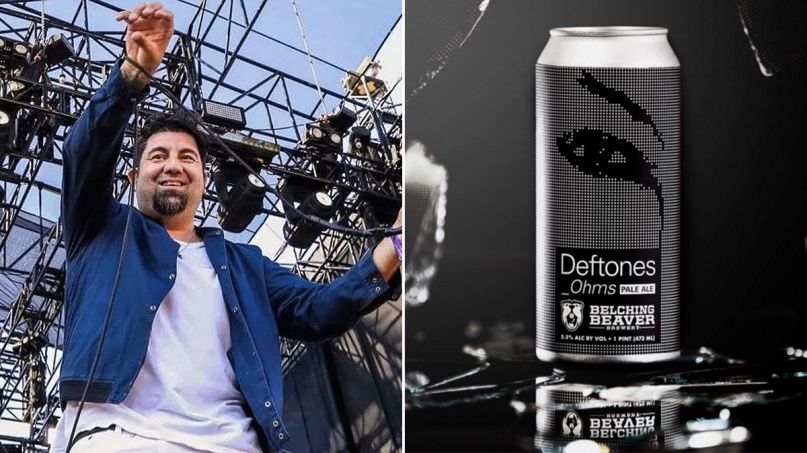 The new beer continues the five-year partnership between the band and the Oceanside brewery. Deriving its name from Deftones’ excellent 2020 album, the dry-hopped ale comes in at a solid 5.5% ABV.

“The first thing you’ll notice is the bright, citrusy aromas,” Belching Beaver states in a social media announcement. “There’s plenty of lemon peel, grapefruit, and pineapple aromas with a blend of some light pine to give a more nuanced and complex tableau that isn’t found in a lot of pale ales. The finish is nice, light, and very refreshing. Hands down, one of the best thirst-quenching and flavorful beers we’ve ever brewed for you all.”

The beer will be available in 16-ounce 4-packs in select states across the Southwest and West Coast starting February 1st and will be released on January 29th at Belching Beaver’s four locations. It follows the brewery’s previous Deftones collab, White Pony IPA, which celebrated that album’s 20th anniversary last August.

Metal and beer have long been inseparable, but now bands are fully embracing the craft beer market as a means of merchandising. Most recently, new Pantera and Motörhead themed beers were announced. And if you’ve looking for something heavier, thrashers like Metallica and Anthrax have dipped into the whiskey market.