Off the Brooklyn MC's debut album, Anywhere But Here 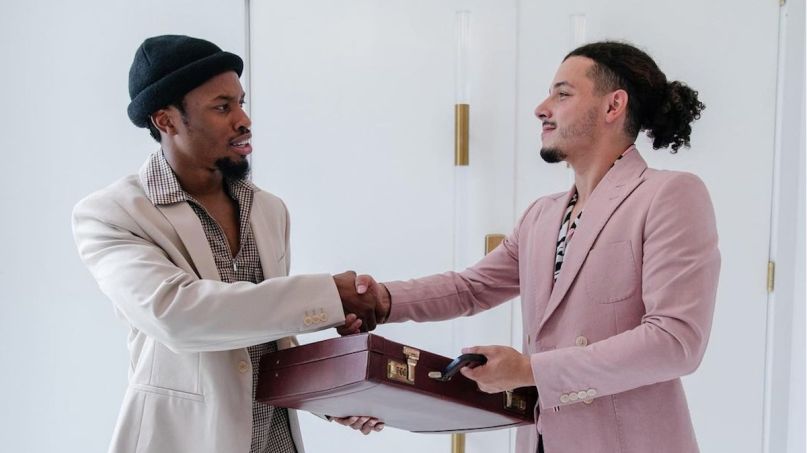 Brooklyn MC Nyck Caution is gearing up to drop his debut studio album, Anywhere But Here, this Friday. It looks like he wants to celebrate a bit early, though, because he just released one of the record’s most anticipated tracks: his Denzel Curry collaboration “Bad Day”. Stream it below.

“Bad Day” is a gritty tour de force of both rappers’ talent. Over sliding 808s and thundering bass, Caution and Curry waste no time trading rapidfire couplets and referencing everything from SpongeBob SquarePants to Figaro puns. It almost sounds like something off an early Odd Future tape.

This is the latest in a string of collaborations Curry has been doing. Over the past few months, he hopped on new songs by Saba, JPEGMAFIA, slowthai, and The Avalanches where he dropped fresh verses.

Curry kicked off last year on a high note by surprise releasing 13LOOD 1N + 13LOOD OUT. He quickly followed it up with UNLOCKED, the album he recorded with Kenny Beats in the span of a 24-hour period, and an accompanying comic book. Then, to end 2020 on a high note, he dropped the star-studded protest song “PIG FEET” and his Trump-bashing single “Live from the Abyss”.