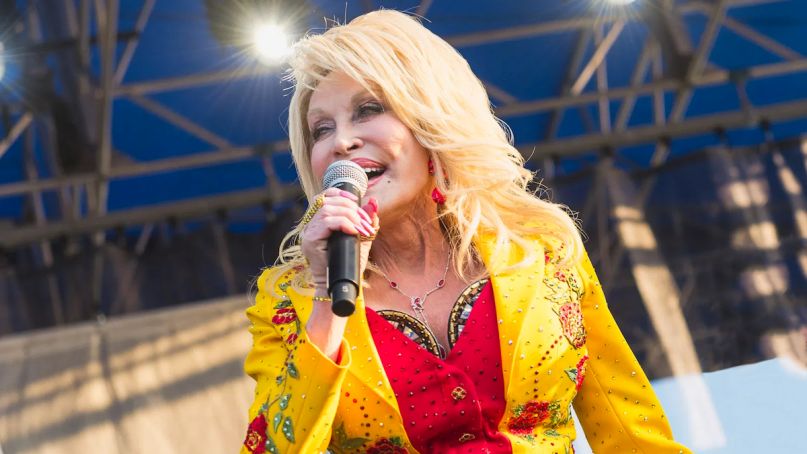 Dolly Parton released her latest holiday album, A Holly Dolly Christmas, back in the fall, but it turns out the country icon recently recorded another new song. The only thing is fans won’t be able to hear it for 25 years because it’s currently entombed in a time capsule buried in Dollywood.

In her new book, Songteller: My Life in Lyrics, Parton revealed that she sealed the new song inside a wooden box buried at DreamMore, the Dollywood resort opened in 2015. Via NME, Parton instructed her staff not to open the time capsule until 2045, the 30th anniversary of DreamMore’s grand opening.

“It would be a song that will never be heard until 30 years from the time we opened the resort,” wrote Parton, adding that the idea was presented by her marketing department. She explained,

While the “9 to 5” singer was down for the idea, she admitted it’s been “tough” not being able to share the mystery song. “It’s just burning me up inside that I have to leave it in there,” she said, adding, “It’s like burying one of my kids, putting it on ice or something, and I won’t be around to see it brought back to life.”

It’s possible Parton won’t even own the song once it’s unearthed. Back in December, she told Music Week she was considering following in the footsteps of Bob Dylan, Neil Young, and other legendary artists in selling her song catalog. “It’s very possible that, for business reasons, estate planning, and family things, I might sell the catalogue I have now,” she stated, noting that she’d retain control and credits whatever happened. “I’ve often thought about it and I’m sure that I could get a lot of money for it.”

Frankly, Parton is a gosh danged hero who can do whatever she wants. Last year alone, she gave an enduring statement on the Black Lives Matter movement, saved a kid from being hit by a car, and helped fund the Moderna COVID-19 vaccine with a $1 million donation. Barack Obama was right: He should have given her the Presidential Medal of Freedom.