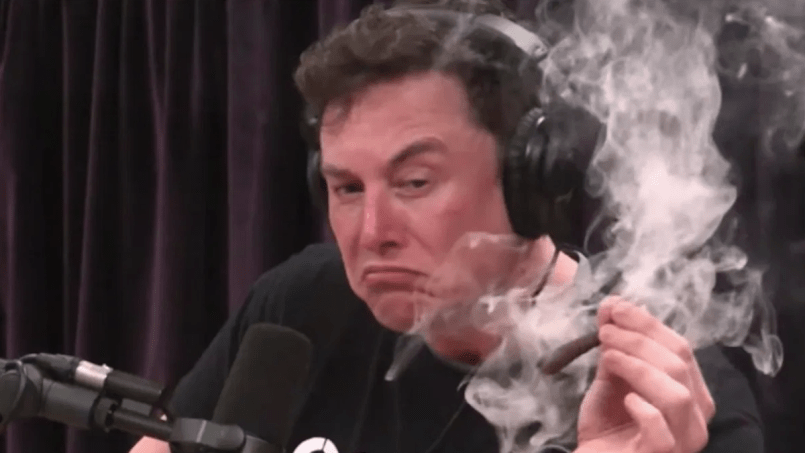 Because of stock market valuations that strike some as utterly divorced from reality, Elon Musk has overtaken Jeff Bezos as the richest person in the world. Via Bloomberg, his net worth is currently estimated to be $190 billion, while Bezos’ currently sits at $187 billion.

Bezos had been the globe’s wealthiest man since October of 2017, when his stake in Amazon helped his fortune grow bigger than that of Bill Gates. Whatever you may think of Bezos morally, Amazon’s rising stock prices made sense. In the three years prior, the company introduced Amazon Pantry, Amazon Music, Amazon Prime Day, and drastically expanded its markets for same-day delivery. At the time it was only the world’s fourth-largest retailer, but there was every reason to think it would continue to grow.

Musk’s ascension has been both more rapid and more confusing; Grimes’ baby daddy has added $150 billion to his personal coffers just in the last 12 months. That surge is driven almost entirely by a staggering 743% increase in Tesla stocks over the prior year. This made Tesla far and away the most valuable car company in the world — which is perplexing, to say the least.

The electric automaker produced only half a million vehicles in 2020, which accounts for less than 1% of all vehicles coming off assembly lines worldwide. For comparison, competitors like Volkswagen, GM, and Ford produce ten million, seven million, and five million vehicles a year respectively. Tesla may have growth potential, but it’s still a relatively small company. That’s why the stock price is so surprising. Tesla’s market cap doesn’t just suggest that the company is significantly more valuable than Volkswagen, GM, or Ford — it implies that Tesla is worth more than the nine largest automakers combined.

Those bullish on Tesla would argue that it’s a tech company more so than a vehicle manufacturer, and therefore it should be compared to other tech companies. By those metrics the market cap looks a bit more reasonable, though a 743% increase in one year is still a lot, considering the company only increased production by about 130,000 vehicles. Those investing in Tesla are betting on a lot of growth.

For his part, Musk seems ambivalent about the price. Last May, he tweeted, “Tesla stock price is too high imo,” and in September he clarified on a New York Times podcast that while he thinks the cost is too steep today, he believes the company “will be worth more in five years.”

Upon hearing that he had been named the world’s richest man, Musk sounded unimpressed. “How strange,” he tweeted, before adding “Well, back to work…”

Even if you believe that markets are valuing Tesla correctly — and that’s a big if — there’s reason to think Musk’s reign at the top may be a short one. Bloomberg reports that Bezos would still be the world’s richest individual, except for his recent divorce and charitable giving. Furthermore, Amazon stock took a small tumble upon news that Democrats had won both Senate seats in Georgia, on the theory that Amazon may face greater governmental scrutiny going forward. If no regulations materialize, or if Bezos continues making money at his recent pace, he may reclaim the title very soon.

Regardless, Musk continues to start new ventures such as Neuralink, for which he recently demonstrated a brain chip in a living pig. His company SpaceX is also teaming up with NASA and Tom Cruise to film a movie in space — if the Russians don’t beat him to it.

Well, back to work …