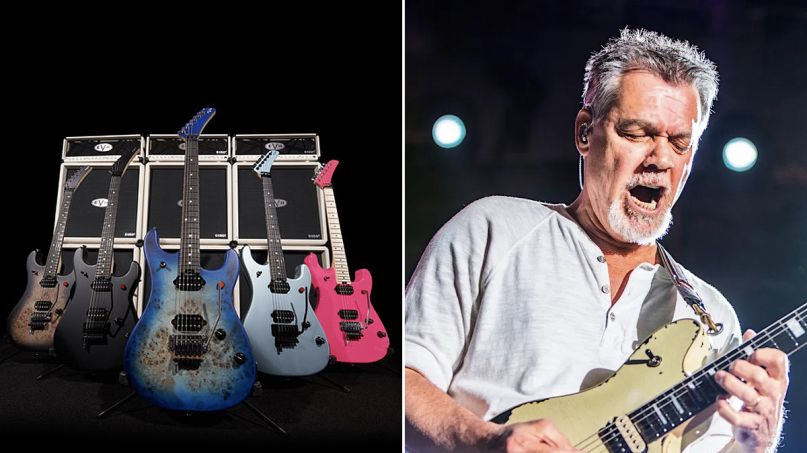 EVH has unveiled a new series of colorful guitar models for 2021, honoring the company’s founder and namesake, the late Eddie Van Halen. All in all, there are nine new EVH guitars coming in early 2021.

There will also be two Wolfgang Special guitar models and four Wolf WG Standard variants in the 2021 EVH family. The Wolfgang Special QM in charcoal burst or chlorine burst ($1,099.99) and the Wolfgang Special in Miami blue ($999.99) arrive in March and February, respectively. These feature similar physical features as the 5150 Series, but come with direct mount EVH Wolfgang Alnico 2 bridge and neck humbucking pickups.

In announcing the new models, the company paid tribute to Eddie Van Halen, stating the following;

“The industry saw record guitar-playing interest in 2020 but also sadly said goodbye to one of the most innovative and influential players of its time. Eddie Van Halen’s singularly inventive style inspired an entire generation of players. He innovated not only in how he played but what he played and what he played through by creating some of the greatest guitars and amps the world has seen and heard. EVH today announced a slate of new product offerings for the first half of 2021 designed to honor and continue the legacy of the late Eddie Van Halen including new models for the 5150 Series, Wolfgang Special and Wolfgang WG Standard.”

Eddie Van Halen passed away on October 6th at the age of 65. His immediate cause of death was listed as a stroke, while the underlying causes included lung cancer and pneumonia, among other ailments.

For more information on the new guitars, visit the EVH brand website. If you’re looking to purchase a similar EVH guitar or amp right now, head over to Reverb.