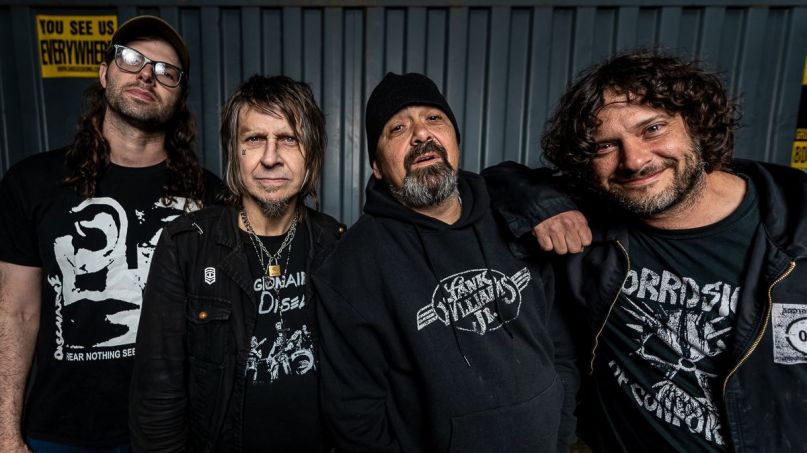 Sludge metal vets Eyehategod have offered up “Fake What’s Yours”, the second single from the band’s forthcoming album, A History of Nomadic Behavior (out March 12th).

“It’s a pure uncut chunk of anti-authoritarian preach-speak set to a condescending guitar riff that could only be born from the dirty streets of New Orleans,” Williams remarked in a press release. “We can’t wait for everyone to hear the full record, but for now, put on your gas masks, lock your doors, stay home and LISTEN!”

As the singer revealed when the album was announced, given the current state of affairs, there’s some political themes on A History of Nomadic Behavior — rare for an Eyehategod record. The rhyming lyrical couplets are a highlight of “Fake What’s Yours”, and Williams implements enough metaphor to keep his views thinly veiled: “Post-death ballot box/ Hands off stabbing block/ Don’t know where I’m going/ Rat’s fly never knowing/ Trash man Jesus fixing/ Now there’s something missing”.

The album’s title is a testament Eyehategod’s legacy as true road dogs. They were on tour, per the usual, when the pandemic hit in Europe and the band was forced to head back to the United States in haste.

Until Eyehategod hit the road again, A History of Nomadic Behavior is on the way to partially fill the void for sludge fanatics. Pre-order the album via Century Media or Amazon. Listen to “Fake What’s Yours” below.