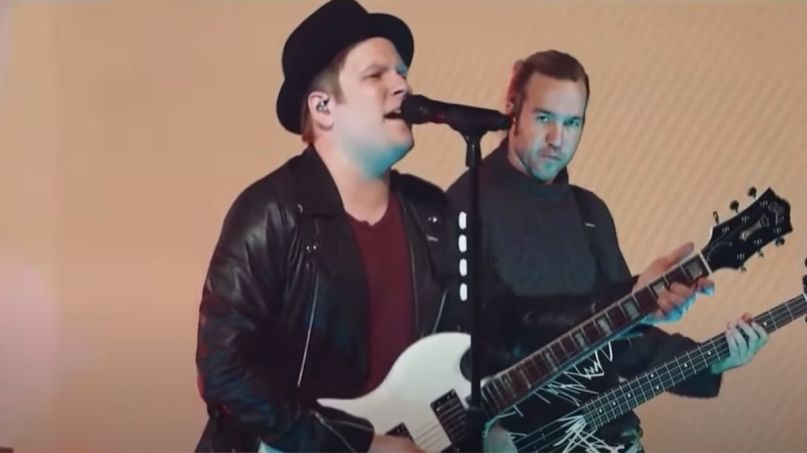 On Sunday night, Fall Out Boy helped kick off inauguration week by playing Joe Biden and Kamala Harris’ We the People concert. The pop-punk group celebrated the President-elect and Vice President-elect by playing “Centuries”, and you can replay their performance down below.

Fall Out Boy were wise to choose “Centuries” as their presidential hype song considering they originally imagined the American Beauty/American Psycho hit as an empowering “David vs. Goliath story”. With its Suzanne Vega-inspired refrain and anthemic chorus, “Centuries” feels like an appropriate soundtrack for Biden’s upcoming presidential era, especially considering he dethroned one of the most idiotic, dangerous, and unpopular presidents of all time.

Perhaps the biggest reason Fall Out Boy were destined to usher in Biden’s reign as president was because Pete Wentz wouldn’t exist without him. Years ago, Wentz revealed that his parents met for the first time while working on the Biden Senate campaign. Biden was so fond of Wentz’s parents afterwards that he even attended their wedding.

“My parents met working for Joe Biden in the Senate in the 70s. To me he is a beacon of empathy, compassion and kindness. The times we live in call for a leader with these specific traits. Proud to call Joe Biden my president,” wrote Wentz on Instagram.

There’s only two days left until Biden and Harris will be sworn in as the President and Vice President of the United States, respectively. During the ceremony, Lady Gaga will sing the National Anthem and Garth Brooks will also perform.

Afterward, New Radicals will perform “You Get What You Give” at Biden’s inauguration parade. Also keep your eyes peeled for everybody’s favorite TikTok skateboarder singing “Dreams”..

Later in the evening, Tom Hanks will host the 90-minute TV special Celebrating America featuring Bruce Springsteen and Foo Fighters, among others.