Foo Fighters Perform New Singles “Waiting on a War” and “No Son of Mine” on Kimmel: Watch

Ahead of the band's Medicine at Midnight, due out next month 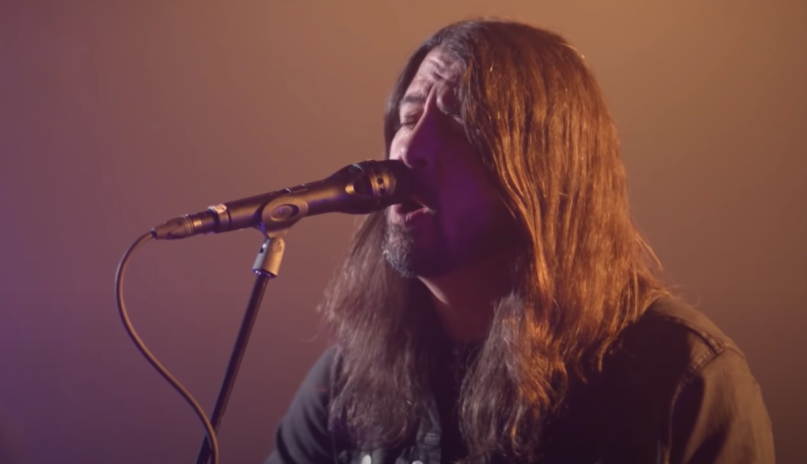 With new album Medicine at Midnight just around the corner, Foo Fighters swung by Jimmy Kimmel Live! on Thursday to perform not one, but two of its singles, “Waiting on a War” and “No Son of Mine”.

“Waiting on a War” saw the veteran rock band offer more tenderness and vulnerability onstage than usual. In a statement earlier that day, frontman Dave Grohl revealed that the track was inspired by a conversation he’d had with his 11-year-old daughter.

“Last fall, as I was driving my daughter to school, she turned to me and asked, ‘Daddy, is there going to be a war?’ My heart sank as I realized that she was now living under the same dark cloud that I had felt 40 years ago,” he said, referring to the anxiety of living just outside of Washington, DC during the politically tumultuous ’80s. “This song was written for my daughter, Harper, who deserves a future, just as every child does.”

For “No Son of Mine”, though, the Foos kicked right back into high gear, slashing their way through the riff-heavy rocker. The lighting was just dim enough to give the whole performance an epic look.

Watch both videos down below. The versatile two-song gig happened to take place the same day as Grohl’s 52nd birthday (!), and also no doubt served as a nice warm-up for Joe Biden’s Celebrating America inauguration concert on January 20th, where the Foos are set to perform alongside Bruce Springsteen.