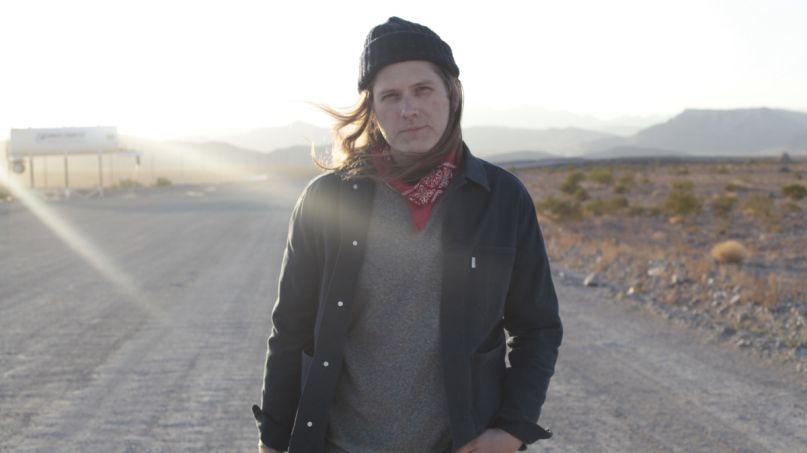 Eric D. Johnson is celebrating the 20th anniversary of his Fruit Bats project with a brand new album, The Pet Parade. As a first listen, he’s today shared the lead single, “Holy Rose”.

The Pet Parade follows 2019’s Gold Past Life as well as last year’s self-titled release from Bonny Light Horseman, in which Johnson plays with Anaïs Mitchell and Josh Kaufman. Kaufman came along for this new Fruit Bats project, as well, serving as producer and bandleader. He had quite an ensamble to work with, as the album also features his Muzz bandmate Matt Barick (drummer for The Walkmen), drummers Joe Russo (of Almost Dead fame), pianist Thomas Bartlett (Sufjan Stevens, St. Vincent), singer-songwriter Johanna Samules, and Iron & Wine fiddler Jim Becker.

Though largely written before the pandemic, recording for the album took place remotely across the country. That probably helped emphasize the themes of the LP, which Johnson described as “living within… the beauty and absurdity of existence.” As a first listen to that gorgeous insanity, Fruit Bats has shared “Holy Rose”, a track about the wildfires of 2017.

“‘Holy Rose’ is possibly the most ‘direct’ song on The Pet Parade,” explained Johnson in a press release. “I wrote this about the 2017 Tubbs Fire in Sonoma County and was finishing it up right when fire season was raging in California. My wife grew up in Sonoma County and just had to sit there and watch her childhood burn down. This is a love song to the native West Coasters.”

Dragging its heels through a wistful crunch, “Holy Rose” can be heard below. Under that, you can check out the Pet Parade album art and tracklist.

Pre-orders for The Pet Parade are available via Merge, including a red and black swirled “Peak Vinyl” edition. The label is also selling exclusive Fruit Bats bandanas to commemorate the album.