Win a Hummingbird Guitar, a Janis Joplin Sweatshirt, and Pearl on Vinyl

Celebrating the new season of The Opus podcast, centered on the legacy of Pearl 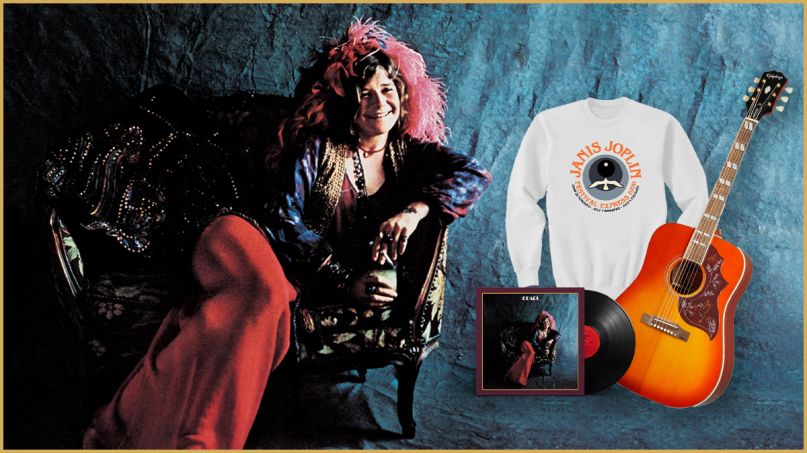 It’s been 50 years since Janis Joplin’s posthumous final album Pearl sent jolts across the rock ‘n’ roll genre. Now, the album’s half-century-long legacy is the focus of the latest season of The Opus, proudly presented by Consequence Podcast Network and Sony. In celebration, we’re offering you the chance to play like Janis — and also keep you comfortable in the process.

More specifically, we’re giving away one (1) Hummingbird guitar, a Janis Joplin Festival Express 1970 sweatshirt, and a copy of Pearl on vinyl. First introduced in 1960, the Hummingbird guitar has become a favorite of rockers everywhere, thanks to its solid spruce tonewood that allows each chord to breathe and live in the moment. Of course, the pick guard is the sterling accoutrement of the guitar, capturing the titular artwork across imitation tortoise shell. It’s an unmistakable design.

The sweatshirt, however, features a slice of Joplin history. As you’ll no doubt learn this season on The Opus, the Festival Express was a one-of-a-kind tour that found Joplin and several iconic acts visiting three major Canadian cities via train in the summer of 1970. Joplin was joined by the Grateful Dead, The Band, Buddy Guy, Flying Burrito Bros, and several more luminaries who turned 14 carriages into an endless jam fest. Now, that rock ‘n’ roll history will keep one winner warm.

To enter, simply fill out the widget below. (Note: If you’re having trouble seeing the widget, enter here.)

The premiere episode of The Opus: Pearl debuts on Thursday, January 28th. Make sure you subscribe to make sure you never miss an episode. You should also grab yourself an official Opus hoodie or T-Shirt at the Consequence Store.