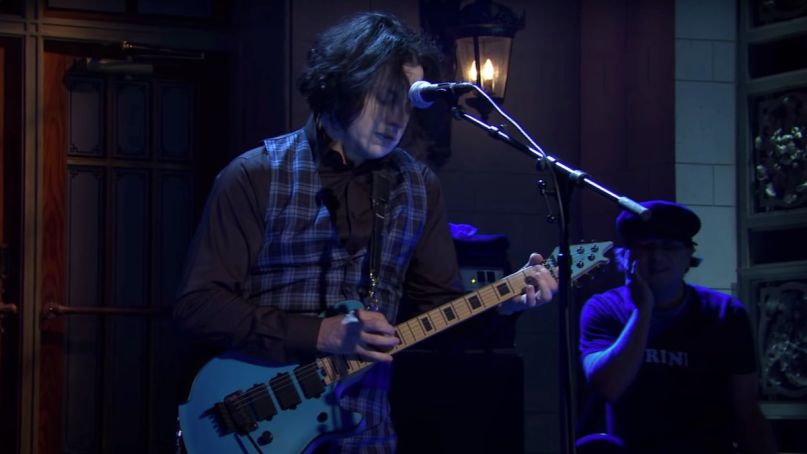 Jack White has announced a new live album capturing an epic 2014 performance in his hometown of Detroit. What’s more, the release comes packaged with a 7-inch live recording of his recent two-song appearance on Saturday Night Live.

All told, White played 38 songs that evening, including off-the-cuff covers of Led Zeppelin’s “Lemon Song” and Beck’s “Devil’s Haircut”. He was also joined on stage by The Dead Weather bandmates Alison Mosshart and Dean Fertita for a performance of “I Cut Like a Buffalo”. As a preview, listen to a live recording of “Missing Pieces” from 2012’s Blunderbuss via SoundCloud.

Additionally, the Vault package includes a 7-inch single of White’s October 2020 appearance on Saturday Night Live. Stepping in as a last-minute replacement, White delivered two memorable performances: he first unleashed a powerful medley of “Don’t Hurt Yourself” (a song he co-wrote with Beyoncé into The White Stripes’ classic “Ball and Biscuit” while interpolating elements of “Jesus Is Coming Soon”, a song originally written by Blind Willie Johnson about the 1918 Spanish Flu outbreak that feels all the more relevant in light of the COVID-19 pandemic. White later returned to the stage to perform “Lazaretto” with a brief finger-tapping solo nod to Eddie Van Halen, who passed away earlier that week.

In order to purchase White’s latest live set, you must sign up for Third Man’s Vault by January 31st.