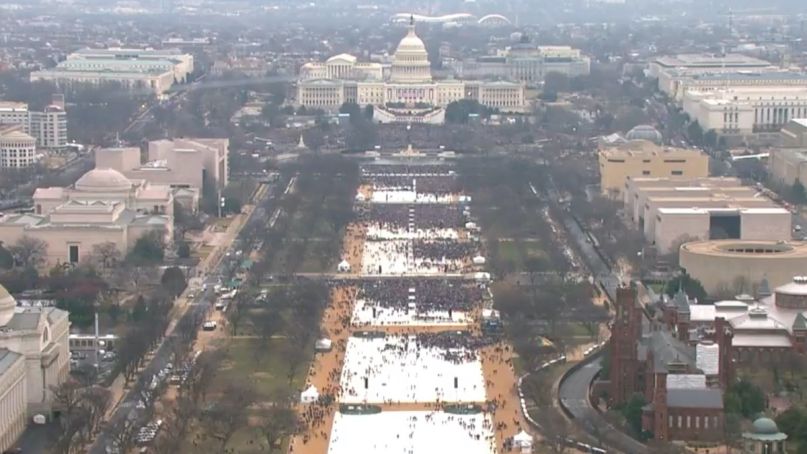 During last year’s president campaign, Donald Trump frequently mocked Joe Biden for small crowd sizes (which was of course intentional on Biden’s part, because we’re in the middle of a fucking pandemic and he’s a responsible adult). Biden would ultimately get the last laugh, however, when he soundly defeated Trump at the ballot box by seven million votes. And as icing on the cake, Biden’s inauguration drew millions more viewers than Trump’s did four years prior.

According to Nielsen Media Research data (via TheWrap), 39.87 million viewers tuned into Biden’s inauguration across the major television networks and cable news channels. That’s nearly 10 million more than the number of people (30.6 million) who tuned into Trump’s inauguration in 2017.

That number also doesn’t take into account the number of people who streamed the inauguration on their computers, tablets, or phones. As Biden’s voters skew younger than Trump’s, it’s reasonable to assume he also drew a much larger digital audience than Trump did.

Those who did tune into Biden’s inauguration witnessed performances from Lady Gaga, Garth Brooks, and Jennifer Lopez, poetry by Amanda Gorman, and the historic swearing-in of Joe Biden and Kamala Harris as the 46th President and 49th Vice President of the United States.