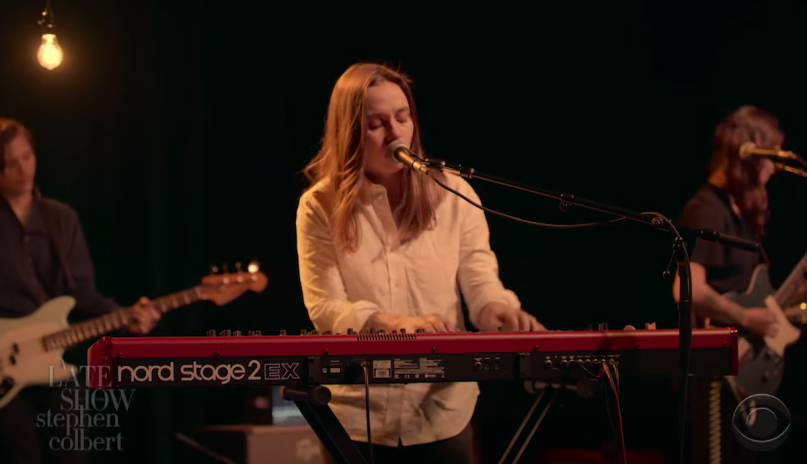 It was two years ago that Julien Baker made her late-night TV debut on Colbert. Back then, she was supporting her beautiful sophomore album, Turn Out the Lights. When she returned to the Late Show stage on Thursday night, Baker brought with her some new material from her forthcoming effort, Little Oblivions, due out February 26th.

The indie folk songwriter unfurled the album’s lead single “Faith Healer” with the help of a backing band. Filmed in Nashville, the performance featured sparse lighting and an intimate ambiance — fitting for an introspective song “about vices, both the obvious and the more insidious ways that they show up in the human experience.” Replay the video down below.

In a previous statement, Baker talked about her struggles with substance abuse and how it informed “Faith Healer”:

“I started writing this song 2 years ago and it began as a very literal examination of addiction. For awhile, I only had the first verse, which is just a really candid confrontation of the cognitive dissonance a person who struggles with substance abuse can feel — the overwhelming evidence that this substance is harming you, and the counter-intuitive but very real craving for the relief it provides. When I revisited the song I started thinking about the parallels between the escapism of substance abuse and the other various means of escapism that had occupied a similar, if less easily identifiable, space in my psyche. There are so many channels and behaviors that we use to placate discomfort unhealthily which exist outside the formal definition of addiction.”