The title track off her upcoming album, due out in March 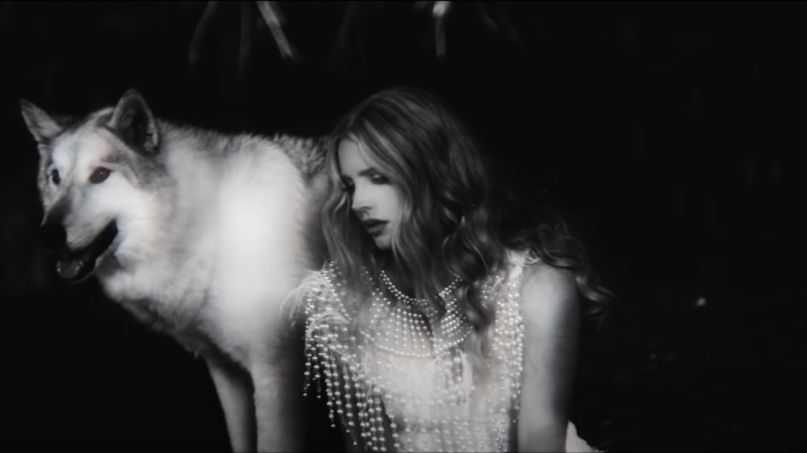 Over the weekend, Lana Del Rey revealed the tracklist and cover art for her upcoming album, Chemtrails Over the Country Club. Now, she’s shared the title track, along with a fittingly retro music video. She’s also confirmed a March 19th release date for the album.

“Chemtrails Over the Country Club” is the latest sneak peek at what to expect from Del Rey’s seventh LP, following the previously released single “Let Me Love You Like a Woman”. It should be a shoo-in favorite for most of her fans, as it sees Del Rey lacing her glamorous, drawn-out singing style with plenty of vivid and romantic lyrics. Watch the visuals for the song — which features Del Rey in her patented face mask — below.

The single’s release comes just a day after LDR started 2021 like she spent most of last year: with her foot in her mouth. This time, it was the result of the orotund “I have Black friends” tone she took when explaining that, yes, her Chemtrails album cover indeed has POC on it, and yes, they’re really her friends. “In 11 years working I have always been extremely inclusive without even trying to,” she wrote on Instagram, adding,

“My best friends are rappers my boyfriends have been rappers. My dearest friends have been from all over the place, so before you make comments again about a WOC/POC issue, I’m not the one storming the capital, I’m literally changing the world by putting my life and thoughts and love out there on the table 24 seven. Respect it.”

Of course, no one was actually making a “WOC/POC issue” out of the cover. Instead, Del Rey seemed to be preemptively trying to cut off the same sort of criticism she received last year after advocating for fragility in a bizarrely racist way. 2020 also saw her stir controversies for wearing a mesh face mask and sharing a video of people looting.

Regardless, fans are looking ahead towards the long-awaited release of Chemtrails Over the Country Club, which was delayed from a planned September 2020 release due to pandemic related delays at vinyl record plants. In announcing the postponement while eating a Denny’s, Del Rey described the record as “folky” and said it’s “super different” from her excellent 2019 full-length Norman Fucking Rockwell!.

The LP will be Del Rey’s seventh studio album to date. Technically, it follows her 2020 release Violet Bent Backwards Over the Grass, her first-ever audiobook of poetry. That spoken word format was apparently so much fun to record that she’s giving it another try; behind the iron gates — insights from an institution, a second poetry collection, is reportedly already in the works.

Last year also saw LDR drop a jazzy cover of George Gershwin’s “Summertime”, usher in a peaceful holiday season with “Silent Night”, and earn the coveted praise of Bruce Springsteen himself, seemingly apropos of nothing.