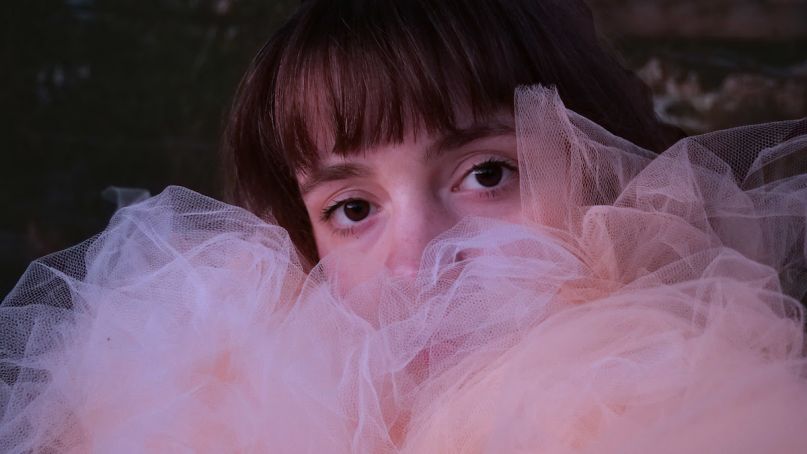 Madeline Kenney has unveiled the Summer Quarter EP via Carpark Records. Stream it below using Apple Music or Spotify.

The follow-up to 2020’s Sucker’s Lunch, Summer Quarter was recorded in the isolation of quarantine, at a time when Kenney had hoped to be touring. The indie songwriter used the extra hours to develop new skills — namely behind the boards.

While her first three records were produced by Toro y Moi and members of Wye Oak, this time Kenney took on all the producing duties herself. As she explained on Twitter, “i recorded it in my basement and it’s my first release produced solely by me. it’s weird and different but i like it.”

The four-track effort is headlined by “Wasted Time” which comes with a music video directed by Kenney. With the aid of a drone, she recorded herself and her dancers in the spacious Greek Theatre in Berkeley, California. In a statement, Kenney explained how the video captured the themes of the EP, writing,

“In making this music video, something inherently hands on and collaborative, I wanted to make the process not only safe and comfortable for dancers amidst a pandemic, but also celebratory of their talents and a venue for them to move/ create/ express themselves in a way they may have not gotten the chance to do in a long time. We were super lucky to get let into the Greek Theatre to film, and using the drone made it easier to shoot the dancers safely. “Wasted Time” is about making art and finding the process of selling that art to be the thing that kills it, and how hard it can be to create under duress and urgency. The dancers seemed to fully embrace that theme and run with it, and I wanted the video to show them running (or improvising) with it.”

Check out the visuals for “Wasted Time”, followed by the entire Summer Quarter EP.

new music coming this friday 🙂 a 4-song EP called Summer Quarter; i recorded it in my basement and it's my first release produced solely by me. it's weird and different but i like it. you can pre-save it now — whole thing will be out friday. <3 https://t.co/ENNbhIYwJb pic.twitter.com/9pj8gCtoAc