Australian indie rockers return in March with their sophomore full-length 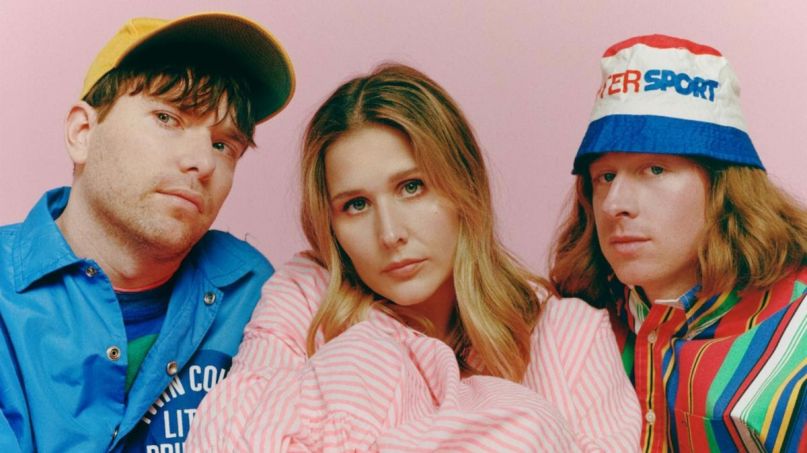 Australian indie rockers Middle Kids are back with a brand new album. It’s called Today We’re The Greatest and it’s scheduled to come out on March 19th via Domino. Fans can get a taste of what to expect from the record with “Questions”, the lead single out today that comes with a ritzy music video as well.

Today We’re the Greatest is the second studio album Middle Kids have recorded so far, following their breakout debut full-length Lost Friends and their 2019 EP New Songs For Old Problems. The 12-song effort is billed as a fearlessly collaborative record, with lead singer and songwriter Hannah Joy pulling directly from her own experiences in life when writing the lyrics. This time around, she explains, Middle Kids are vulnerable and specific as opposed to discreet and conceptual.

“I want to make music that loves its listener,” said Joy in a statement. “Music that makes people feel seen, seen in the tiny little places that hide away in their hearts. I want people to hear our music, and feel a sense of love. And when I say love, it can be challenging, intense, and tough. But it’s in the guts.”

That’s where “Questions” comes in. The song sees Middle Kids turn a hand clap-driven beat into a rousing indie pop anthem. In its accompanying music video, directed by W.A.M. Bleakley, people literally bring those hand claps to life in an upscale restaurant. While the patrons are hypnotized by the rhythm, Middle Kids are busy performing the song live onstage in the room. Later on, a marching band, a giant horse, and people dressed like boy scouts come pouring into the restaurant. It sounds made up but it’s very real, as you can see below.

Pre-orders for Today We’re The Greatest are currently available, including a limited-edition splatter vinyl option. Check out the artwork and complete tracklist for it below.