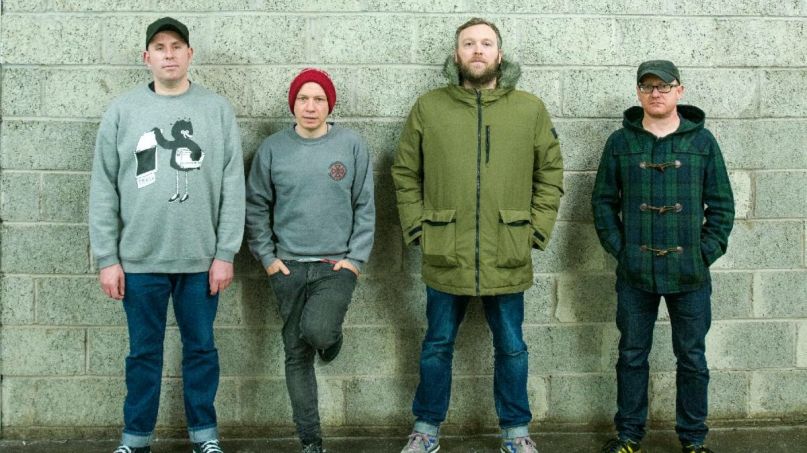 Mogwai are set to return on February 19th with their new album, As the Love Continues. To further preview the upcoming release, the post-punk veterans have today broken off a new single in “Ritchie Sacramento”.

As its title suggests, “Ritchie Sacramento” is in fact named after the legendary Japanese composer Ryuichi Sakamoto. Meanwhile, the song’s lyrics are partially inspired by David Berman, the late songwriter behind Silver Jews and Purple Mountains, via a story relayed to Mogwai by Pavement’s Bob Nastanovich.

As Mogwai’s Stuart Braithwaite explains in a statement, “Ritchie Sacramento’s title came from a misunderstanding a friend of ours had about how to say Ryuchi Sakamoto. The lyrics were inspired by a story Bob Nastanovich shared about his friend and bandmate David Berman who proclaimed ‘Rise Crystal Spear’ as he threw a shovel at a sports car. The song is dedicated to all the musician friends we’ve lost over the years.”

The track’s video was created within the Unreal Games Engine by director Sam Wiehl, who conceived a whole first person multi level computer game for the song, which then formed the animations and narratives for the video. Check it out below.