Neil Young on Capitol Insurrection: Lies and Untruths Are “Crippling Our Belief System” 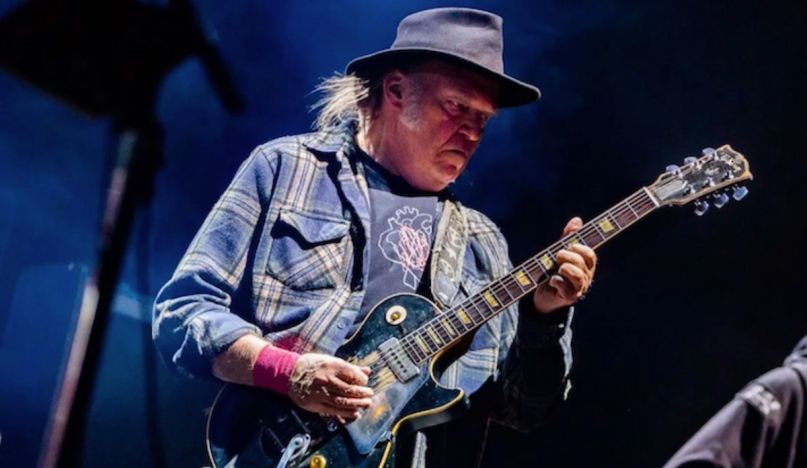 Neil Young has released a statement addressing the violent Capitol insurrection in Washington, DC last week, which has left at least five dead. The veteran songwriter condemned the pro-Trump-led attack and the lies that incited it, while also calling for “empathy” and unity going forward.

Young said that both “sadness and compassion hit me” while watching news footage of the chaos and bloodshed. “Resentment of the Democratic party among the insurrectionists at the Capitol was rampant. We don’t need this hate,” remarked Young. “We need discussion and solutions. Respect for one another’s beliefs.”

The 75-year-old also criticized the pitiful police response to the DC attack. “I was devastated to see the double standard,” Young wrote. “The way people were treated in the BLM demonstrations recently, compared to the other day. There is no place here for White Supremacy.”

Young said he was “shocked” to see the Confederate flag being proudly waved inside the Capitol building, as well as the overall “destruction and disrespect” that took place. However, Young added that “mostly I felt bad for the people.”

“With social media, issues are turned to psychological weapons and used to gather hatred in support of one side or the other. This is what Donald J. Trump has as his legacy,” explained Young.

Young used the Capitol rioter known as “Elizabeth from Knoxville” as an example. The woman was caught on camera crying after being maced. “She was crying because she had been attacked and all she was doing was trying to have her voice heard in the Revolution,” said the musician. “She was one of thousands who have been carrying the feeling of being persecuted for their beliefs, their feeling that American power just didn’t care.”

Young, who became an American citizen last year, said that following the insurrection, he now feels “empathy for the people who have been so manipulated and had their beliefs used as political weapons.” He added, “I may be among them.”

“Social media, at the hands of powerful people – influencers, amplifying lies and untruths, is crippling our belief system, turning us against one another,” Young expressed.

He closed his message urging for unity over division and respect over hatred. “We are not enemies. We must find a way home.” Read the full thing on his Neil Young Archives website.

Thousands of Trump supporters attended the riots last Wednesday, January 6th, including indie rocker Ariel Pink and synthpop artist John Maus. Iced Earth frontman Jon Schaffer was also photographed storming the Capitol and is currently on the FBI’s Most Wanted list. Contrary to all the rumors, that one horned, shirtless rioter is not the frontman of Jamiroquai.

Previous Story
Fauci: Concerts Can Return After 70% of Population Vaccinated “Some Time in the Fall”
Next Story
Darren Aronofsky to Direct Brendan Fraser in New A24 Film The Whale
Popular
More Stories
[fu-upload-form form_layout="media" title="Submit Your Photo"][input type="hidden" name="ugc" value="1"][/fu-upload-form]