After two decades, the '90s rockers reunited to help usher in a new presidency 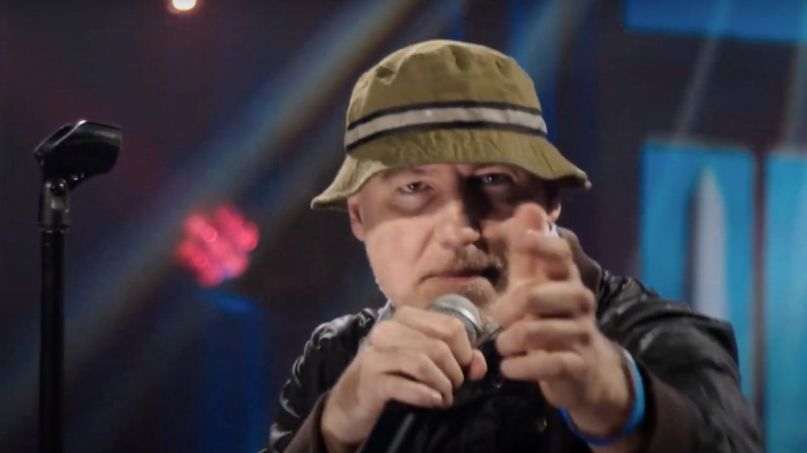 It’s a damn good day in DC: Joe Biden is in, the Orange Man is out, and the New Radicals have reunited after 22 years. The ’90s alt-rock group got back together on Wednesday to perform hit song “You Get What You Give” as part of Biden’s inaugural “Parade Across America” virtual event.

New Radicals delivered their You’ve Been Brainwashed Too track from a Philadelphia soundstage, and frontman Gregg Alexander came prepared with what appeared to be the same exact bucket hat he rocked during the band’s heyday. (That’s commitment; we only hope it’s been washed since 1998!)

Perhaps because it was a PG-friendly performance, and booked by the US government, the band left out a number of potentially controversial lines like: “Health insurance, rip off lying/ FDA, big bankers buying”, and “Fashion shoots with Beck and Hanson/ Courtney Love and Marilyn Manson/ You’re all fakes, run to your mansions/ Come around, we’ll kick your asses.” Watch the full performance below.

As we previously noted, both President Biden and Vice President Kamala Harris have personal ties to “You Get What You Give”. During the presidential campaign, the 1998 smash single was used as the walk-out song for Harris’ husband Doug Emhoff. “You Get What You Give” was also beloved by Biden’s late son, Beau, and became something of a motivating theme song for him as he battled cancer.

“During breakfast, Beau would often make me listen to what I thought was his theme song, ‘You Get What You Give’ by the New Radicals,” Biden wrote in his 2017 memoir Promise, Me Dad. “Even though Beau never stopped fighting and his will to live was stronger than most – I think he knew that this day might come. The words to the song are: This whole damn world can fall apart. You’ll be ok, follow your heart.”

New Radicals called it quits back in 1999, not long after the release of “You Get What You Give”. There hadn’t been much reunion talk since then, but all that changed when Biden’s inaugural planning folks came knocking. A chance to bid farewell to 45 and usher in a new presidency? It was a no brainer.

“If there’s one thing on Earth that would possibly make us get the band together, if only for a day, it is the hope that our song could be even the tiniest beacon of light in such a dark time,” frontman Gregg Alexander commented in a statement. “America knows in its heart that things will get bright again with a new administration and a real plan for vaccines on the way. That’s the message of the song… this world is gonna pull through.”

“Performing the song again after such a long time is a huge honor because we all have deep respect for Beau’s military service and such high hopes for the unity and normalcy Joe and Kamala will bring our country again in this time of crisis,” Alexander added.