Circle your calendars for February 6th 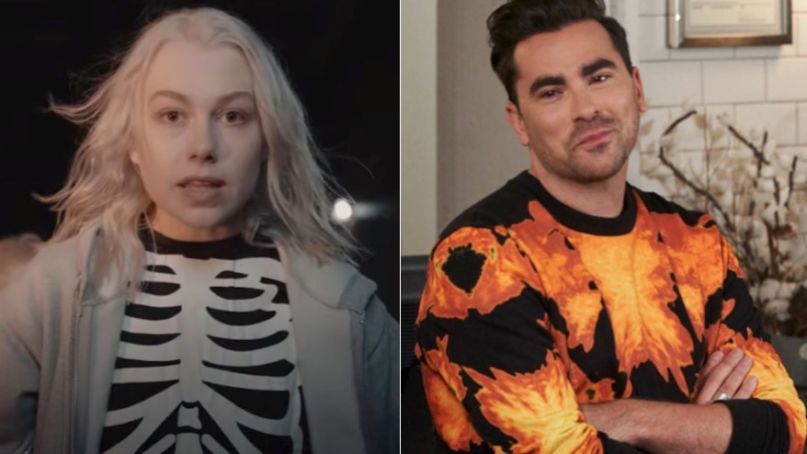 Phoebe Bridgers, author of one of 2020’s best albums, and Dan Levy, creator of TV’s best comedy of the last decade, will team up for an upcoming episode of Saturday Night Live.

The Punisher singer-songwriter will serve as the musical guest for SNL’s February 6th episode hosted by the Schitt’s Creak mastermind. Both Bridgers and Levy will be making their SNL debuts.

Following a month-long hiatus, SNL will return for a string of new episodes staring January 30th with an evening of comedy and music hosted by The Office’s John Krasinski and featuring Machine Gun Kelly. Following Levy and Bridgers’ big night on the 6th, Regina King will host an episode on February 13th alongside musical guest Nathaniel Rateliff.

Bridgers, who was named Consequence of Sound’s 2020 Artist of the Year, recently sat down with Rookie of the Year beabadoobee for a virtual conversation. They discussed how they persevered during these unprecedented times, the current perception of women in rock, the power of social media, and why they hate performing while stoned. Check it out down below.