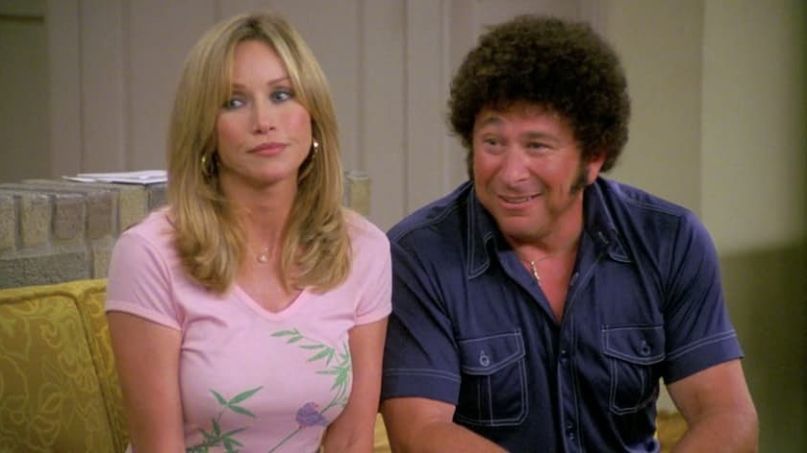 Tanya Roberts in That 70's Show

Update – January 4th: Tanya Roberts is still alive, despite a statement from her domestic partner saying she had passed. Apparently, Lance received a call from the hospital on Monday informing him about Roberts’ current state and confirmed to him that she is still very much alive.

Tanya Roberts, a former Bond girl and ’80s B-movie star who later played Donna Pinciotti’s mom Midge on That ’70s Show, has died at the age of 65.

According to TMZ, Roberts was hospitalized on Christmas Eve after collapsing in her home. She passed away on Sunday, January 3rd.

A former teenage model, Roberts re-located to Los Angeles in the late 1970s to pursue a career in acting. She initially landed bit parts and roles in B-movies, but in 1980 she was chosen from some 2,000 candidates to replace Shelley Hack in the fifth season of ABC’s Charlie’s Angels. The gig proved to be short-lived, however, as Charley’s Angels was canceled at the end of the season.

Roberts was subsequently cast in the 1982 cult fantasy film The Beastmaster and the 1983 made-for-TV movie Murder Me, Murder You. In 1984, she starred as the titular character in Columbia Pictures’ feature film adaptation of Sheena, Queen of the Jungle. The film was widely panned and earned Roberts a Razzie nomination for Worst Actress.

The following year saw Roberts portray “Bond girl” Stacey Sutton in A View to a Kill opposite Roger Moore. Roberts once again faced the wrath of critics, who bestowed the actress with her second consecutive Razzie nomination. Moore later stated he felt little chemistry with Roberts.