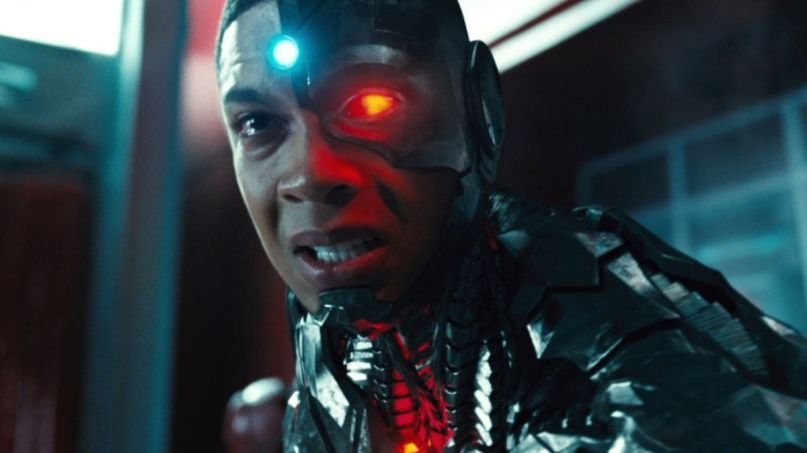 After botching the latest entry in one of its only universally enjoyed franchises, DC Films and the DC Extended Universe are once again left with not a lot going for them. They did, however, have one untapped bit of potential in their only major superhero of color, a character who barely got enough screen time in Justice League yet managed to be the most intriguing part of the film: Cyborg. Now, it looks like DC and Warner Bros. don’t even have that, as Ray Fisher has revealed his version of Victor Stone has officially been written out of The Flash movie.

In a lengthy Twitter message, the actor revealed WB had informed him he’d been removed from the Flash cast. Cyborg’s role in the movie was rumored to be everything from a glorified cameo to one half of a two-hander. However, Fisher stated, “Despite the misconception, Cybrog’s involvement in The Flash was much larger than a cameo — and while I do mourn the lost opportunity to bring Victor Stone back to the screen, bringing awareness to the actions of Walter Hamada will prove to be a much more important contribution to our world.”

Hamada, who was named DC Films President in 2018, has drawn the ire of Fisher for his handling of the abusive conduct allegations the actor has levied against director Joss Whedon. Fisher claims that executives Jon Berg and Geoff Johns enabled Whedon’s behavior, and that Hamada is now doing the same with his “purposeful attempt to undermine” the investigation into Whedon and “contributing to the public dissemination of lies and misinformation about myself and the Justice League investigation…”

In his statement, Fisher wrote that Hamada repeatedly tried to protect Johns, with whom he’d had a close working relationship when they were both co-president of DC Films. When he explained to Hamada that Johns “was, in fact, a major contributor to the issues experienced — including blatant racism,” Fisher said the exec attempted to “get me to reveal the names of witness and other specifics that could be used to forewarn Geoff of the claims being brought against him.”  Fisher added that Hamada “persisted in trying to minimize and dismiss the situation — claiming that it is a producer’s job to ‘protect the director’ and that he was looking ‘to move beyond’ anything to do with Zack Snyder’s Justice League.”

Despite Hamada’s resistance, an investigation into Whedon, Johns, and Berg’s behavior during Justice League filming was eventually concluded in December. A detailed report was never released, however, and the only statement from the studio was that some vague “remedial action” had been taken. Whedon had a few weeks prior departed the HBO series The Nevers, which Fisher suggests may have been part of the discipline.

“Despite Walter’s best efforts, the Justice League investigation was able to expose the racist, coercive, discriminatory, and retaliatory behavior of Geoff Johns during his tenure with WarnerMedia’s affiliates,” wrote Fisher. “It has also led to the more immediate parting of ways between WarnerMedia and Joss Whedon.”

“While it may be legally and financially safer to quietly phase Geoff Johns out, or to let Joss Whedon ‘exit’ of his own accord — I share neither of those responsibilities…

And if the end of my time as Cybrog is the cost for helping bring awareness and accountability to Walter Hamada’s actions — I’ll pay it gladly.”

Whether or not Fisher’s feud with Hamada is the real cause for his being cut from The Flash, the fact is we won’t see his Cyborg in the movie. That doesn’t mean we won’t see a Cyborg, however, as the film’s “Flashpoint” premise involves a lot of universe hopping, so the studio could theoretically bring in a different iteration of the character. Joivan Wade, for example, portrays a younger version of Cyborg on the HBO Max series Doom Patrol.

It also doesn’t mean we won’t see Fisher’s version of Cyborg ever again, either. Reports broke back in September that Zack Snyder was shooting new scenes for his Justice League director’s cut, and that Fisher was one of the cast members returning to set. He may have even been joined by Jared Leto as the Joker, if later rumors were indeed true.

Meanwhile, The Flash still has no release date, but it does have Ben Affleck and Michael Keaton both back as different Batmen. Ezra Miller is reprising his role as the Scarlet Speedster himself, with Andy Muschietti set to direct.