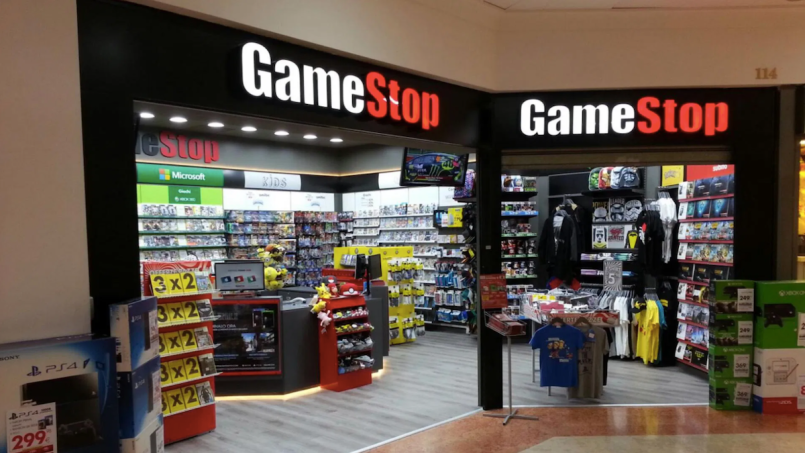 Shares of GameStop (GME) opened at more than $350 today after starting the month at around $17 a share. This has led a generation of half-dead old white guys to spit out their coffees onto their Wall Street Journals, demanding to know: what happened? Via New York Times, The Motley Fool, and CNBC, a Reddit board has used an avalanche of small trades to exploit an enormous bet made by the hedge fund Melvin Capital, with the little investors making a killing while the billionaires took a bath.

The story begins with a financial practice called “shorting,” which happens when an investor is convinced that a stock price will go down. They borrow shares from a lender with an agreement to give the stock back at a later date. In the meantime, the investor hopes to make some money. First, they sell the stock immediately. Then, they wait for the price to dip. Once it does, they buy back the stock and return it to the lender, pocketing the difference.

Imagine stock XYZ is currently selling at $100 a share and an investor think it’s overpriced. They could borrow a bunch of XYZ shares, sell them today for $100 each, and wait. Soon, perhaps, XYZ will only be worth $50 a share. At that time, the investor repurchases the stock and returns it to the original lender.  It’s the old “buy low, sell high,” trick, except the buying and selling happen in reverse order using someone else’s stock. And because the lender has been collecting interest, everyone calls it a win. At least, that’s what Melvin Capital hoped would happen.

In this instance, the Reddit board r/wallstreetbets got wind of Melvin’s big short. With the collective power of the internet, they invested massive amounts of money into GameStop, which caused the stock price to explode. Then, celebrities poured gas on the fire. Elon Musk tweeted out “Gamestonk!!” with a link to r/wallstreetbets. Chamath Palihapitiya, a venture capitalist and minority stakeholder in the Golden State Warriors, announced that he, too was purchasing GameStop stock.

Because Melvin doesn’t actually own the stock, they have to buy it back. That’s what they agreed to do when they borrowed it in the first place. This led to what is called a “short squeeze,” in which the traders who bet the price would fall are forced to purchase the stock outright as a hedge against further losses. They’ll still lose money on the short, but because they now also own the skyrocketing stock, their overall losses won’t be as deep. In the near term, this causes prices to go up even higher. That is how a stock that was worth a mere $6 four months ago is, as of this writing, pushing close to $400.

Melvin’s manager Gabe Plotkin told CNBC that the hedge fund cut its losses and closed out its position on Tuesday evening. Plotkin hasn’t divulged the exact extent of the losses, but we know that Citadel and Point72 have infused close to $3 billion into Melvin Capital to keep the fund afloat.

Other billionaires have expressed rage and frustration at having their market positions spoiled. Michael Burry, who made a fortune betting against the housing bubble and was immortalized in Michael Lewis’ book The Big Short, tweeted that the GameStop trading is “unnatural, insane, and dangerous” and added that there should be “legal and regulatory repercussions.” He has since deleted the tweet.

The Securities and Exchange Commission may investigate Redditers for market manipulation, but as Duke law professor James Cox told Bloomberg, it would be an “enforcement nightmare.” As the New York Times wrote, “If a big group of traders simply decides to buy options on a stock at the same time, out in the open, for the heck of it, proving malfeasance may be difficult.”

So, should you buy GameStop stock? We can’t speak for the short term, but a few months from now GameStop will still have about the same amount of stores, debt, and assets as it did in early January. Eventually, most experts expect the price to settle a lot closer to $20 than $400. That’s the long run. As for today, tomorrow, or the next day, who knows? Caveat emptor.

The meme-sharing sharks in r/wallstreetbets have already turned their attention to the next big short. As The Verge reports, a movement is underway to target AMC Theaters (AMC). Earlier this month, the beleaguered movie chain was trading at $2, but it opened today at $20. Recent stock rises for Nokia, BlackBerry, and Bed Bath & Beyond have also been linked to this message board.

The push-and-pull between internet fame and the stock market has never been so clear. Elon Musk, for example, was recently named the richest man in the world based on a vertical leap in Tesla stock. But that may have to do more with Musk’s cult of personality than the actual value of his company; despite only making half a million vehicles a year, Tesla’s market cap implies it’s worth more than the nine largest automakers combined.

Last year year, GameStop raised some eyebrows when it claimed it was an “essential” business that should stay open during the pandemic.