The graphic novel also features contributions from Anthrax themselves, plus members of Slipknot, My Chemical Romance, and more 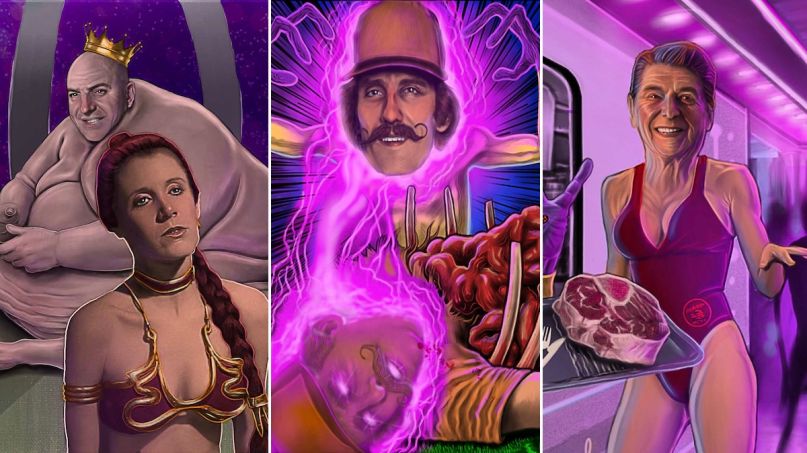 In November, Anthrax announced the impending release of their own graphic novel, Among the Living, featuring a bevy of famous guest contributors. One of the chapters is being written by Rob Zombie, and we’re teaming up with Z2 Comics for an exclusive first look at five pages of artwork.

The graphic novel chapters are inspired by the songs on Anthrax’s iconic 1987 album, Among the Living, with Zombie being joined by such guest writers as Slipknot’s Corey Taylor, My Chemical Romance’s Gerard and Mikey Way, Fall Out Boy’s Joe Trohman, comedian Brian Posehn, and more.

Along with the sneak peek at the Zombie chapter comes news that all four current classic members of Anthrax — Scott Ian, Joey Belladonna, Frank Bello, and Charlie Benante — will be contributing to the graphic novel.

Ian is penning the chapter based on “I Am the Law”, while Benante has illustrated one of the variant covers. Bello is also scripting a chapter, while Belladonna is writing the foreword.

“I’m truly excited about this graphic novel,” said Bello. “Among the Living was a very special record for Anthrax, and this is a great way to celebrate it while having all the amazing people adding their talents to it. I had a blast writing a chapter for it and letting my mind go to the dark side.”

Added Belladonna, “It is quite neat to be able to turn an album from years ago into a very special graphic novel. It’s got cool stories and artwork from extraordinary people, good friends, artists and musicians who have joined us for a unique venture through Among the Living.”

As for the sneak peek of Zombie’s chapter, which is inspired by the song “Imitation of Life”, the preview leaves a bit of mystery by excluding the text bubbles that will be added to the final product. But one look at the five pages — illustrated by Erik Rodriguez and Steve Chanks — reveals a bizarro and horrific apocalyptic event.

From what we gather, body-snatching aliens attack Earth in the early ’80s, resulting in a gory demise for legendary baseball players like Rollie Fingers and Oscar Gamble. Elsewhere, there’s Ronald Reagan with a Baywatch bikini body, The Fonz with robot legs, Kojak (Telly Savalas) with a Jabba the Hut body, and Princess Leia making out with the severed head of Magnum P.I. (Tom Selleck). We can only imagine the wild ways in which Rob Zombie’s text will match these extraordinary images.

The Among the Living graphic novel is available for pre-order in multiple editions and packages via the Z2 Comics website, and is expected to ship in April or May. In the meantime, whet your appetite by checking out five pages from the Rob Zombie-penned chapter and the artwork for three covers below.

Preview the Rob Zombie-penned chapter of Anthrax’s Among the Living graphic novel: