Serj Tankian to Donald Trump: I’ve “Never Seen a President Suck So Much” 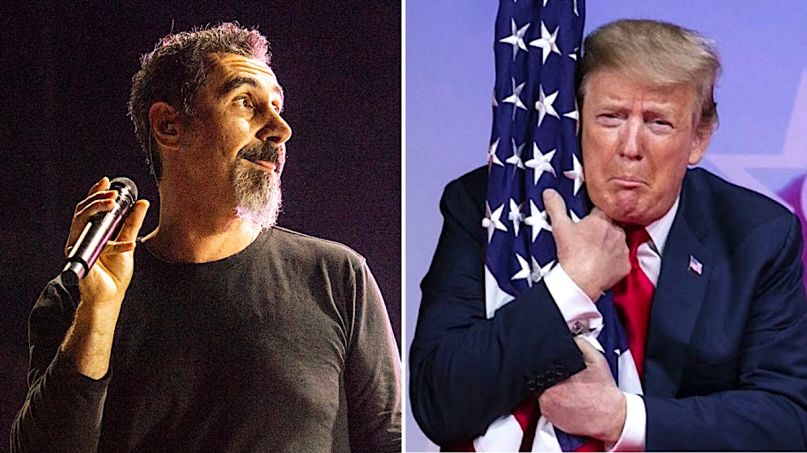 Serj Tankian had some choice parting words for outgoing president Donald Trump after his administration signed a last-minute agreement with Turkey that seemingly brushes aside Armenia’s cultural heritage. The System of a Down vocalist exclaimed that he’d “never seen a president suck so much c**k.”

The singer and his System of a Down bandmates have long supported their ancestral country of Armenia. Most recently, they came together to record and release their first new songs in 15 years to raise awareness and funds for Armenia and its neighboring state Artsakh when they came under attack by Azerbaijan and Turkey.

Late last night, Tankian shared a Facebook post from the Armenian National Committee of America that pointed out that “the Trump Administration signed a disastrous bilateral U.S.-Turkey Memorandum of Understanding granting Turkey legal rights over the vast religio-cultural heritage of the region’s indigenous peoples and other minority populations.”

In his own words, Tankian added, “Thanks Trump. In your last minute you decided to grant Turkey my people’s indigenous cultural heritage, including ancient churches and stone crosses, as a reward for them trying to exterminate us. Never seen a president suck so much c**k.”

Earlier this year, Tankian called for “the [Trump] regime to resign” during the height of the protests in the wake of George Floyd’s death. He also expressed frustration with his System of a Down bandmate John Dolmayan, who has repeatedly taken a pro-Trump stance via a number of Instagram posts.

A new documentary on Tankian’s sociopolitical activism called Truth to Power will be released on February 19th. A trailer for the film was recently unveiled.