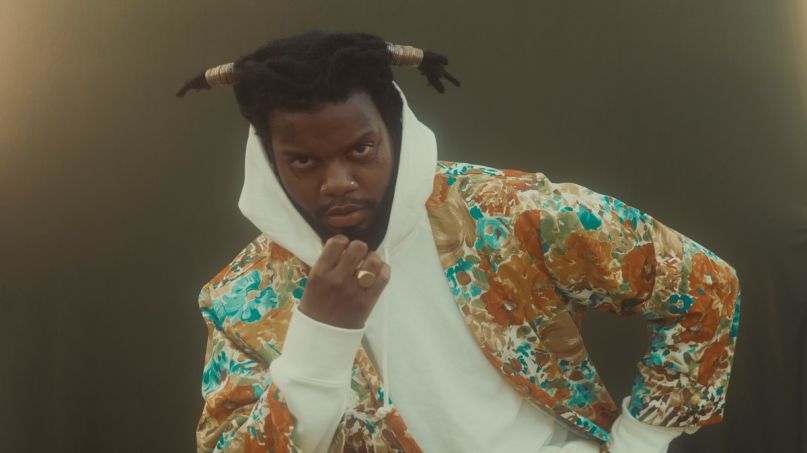 serpentwithfeet has announced a sophomore album called DEACON that’s set to arrive in March. To celebrate, the avant-pop artist is giving fans a preview with a new song called “Fellowship”.

DEACON comes less than a year after his 2020 EP Apparition; however, it’s the Los Angeles-via-Baltimore songwriter’s first proper full-length since soil in 2018. Whereas his debut album functioned as a nuanced deconstruction of love, DEACON examines Black intimacy — both romantic and platonic — outside of the context of heartbreak.

Musically, serpent’s focus has also changed. Having closely studied the language of the pop form, he presents a more pop-forward palette on DEACON compared to the experimental R&B of his past releases. “I originally approached this project wanting to make something that felt very sensuous,” he said in a statement. “Something a lot softer, a lot more gentle than my previous work.”

Those sensibilities are definitely felt on lead single “Fellowship”. serpent co-wrote and co-produced the track alongside Mercury Prize winner Sampha and Lil Silva, whose past credits include Adele, Damon Albarn, and Banks.

“Fellowship” isn’t that type of blown-out pop song, but its clacking percussion does sink into a club-ready groove, and its main hook is steeped in togetherness. “My friends/ I’m thankful for the love I share with my friends,” the three of them sing in unison.

Take a listen while watching its beach-filled music video below. DEACON is due out March 26th via Secretly Canadian, and pre-orders are up and running.